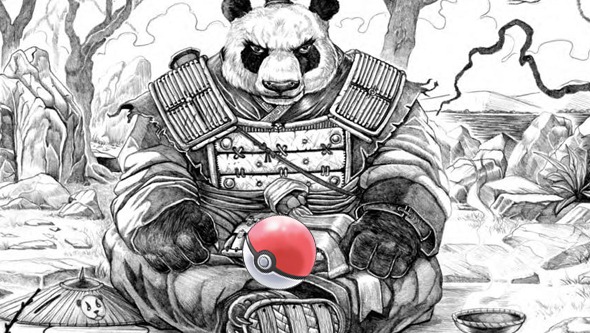 The next World of Warcraft expansion, Mists of Pandaria, and many of its new features were announced this weekend. I sat in on some of the BlizzCon panels, where many of these additions were explained in detail. These include the new (neutral) Pandaren race, the Monk class, a level cap of 90, a complete redesign of the talent trees, a PvE scenario system, dungeon challenges and leader boards, and many new zones, battlegrounds, dungeons, and raids.

But in my opinion, the best feature that is going to be added to World of Warcraft is the new pet battling system.

This is basically the game I’ve been wanting since I was in the second grade.

Let’s break it down.

At one point in my World of Warcraft pet collecting career, I had over 150 pets, putting me in the top five in the world for number of pets owned at the time. Since I stopped playing World of Warcraft, dozens more pets have been added, and the top collector has almost 200 pets. I never really cared about raiding or gear, all I cared about was getting the newest, coolest pet (and mount), and having everyone ask me where I got it, how long it took me to get, or how much gold I had to throw down for it.

That was when they were called “non-combat pets”, and they did absolutely nothing other than follow you around. I don’t think it will be the Pandaren race, Monk class, or the nine new dungeons and raids that will pull me back into WoW. I think it will be the release of what will essentially be a Pokémon MMO.

While complete details weren’t available, we learned quite a bit about this new system from a BlizzCon panel. 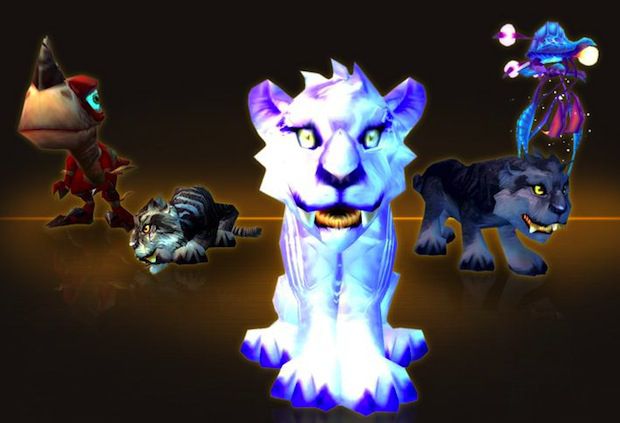 The almost 200 pets that are already in the game will be able to battle right from the start. All the pets you have are combat ready, and if you’ve been hoarding pets, your hoarding disorder is about to pay off.

If you don’t have a huge stockpile of pets, there will be new wild pets that you can catch and train. To keep track of all of this, you’ll receive a “Pet Journal” (read: Pokédex) that tells you about all the pets, where to catch them, and what you need to do to get them to join you.

If you’re too lazy to actually go out and catch the pets yourself, many of them can be traded with other players. Your pets well be stored on an account-level, and will no longer bound to a single character. meaning you won’t have to spend another 20,000 gold to buy a second Hyacinth Macaw for an alt.

Battling with your pets is similar to Pokémon as well. You can go into PvE or PvP turn-based battles with a team of three pets. If you win, you’ll gain experience to level up your pets. As your team gets stronger, you can take on the “Pet Masters” (read: gym leaders) scattered around the world. Beating them gives you a master ability (read: Hidden Machine) to teach your pet.

While the system is planned to be large, don’t expect to level up to 90 by just battling pets. Blizzard has said that the pet battle system won’t be providing any rewards that will affect your general PvE or PvP progression. It’s something to pass the time, not a replacement for questing or battlegrounds.

That’s most of the information that’s been released so far. As the unknown release date for Mists of Pandaria approaches, we’ll likely see more specific information, screenshots, and more details on the actual pets themselves.