As many of you probably saw, one of the revelations that came out of BlizzCon this morning were some of the new units that will be available in the multiplayer portion of Heart of the Swarm, the upcoming StarCraft II expansion that’s focusing on the Zerg.

I was able to sit down with Tony Hsu, a game producer for Heart of the Swarm. He was able to tell me quite a bit about the new units and some of the changes that will be coming to the multiplayer in this expansion. 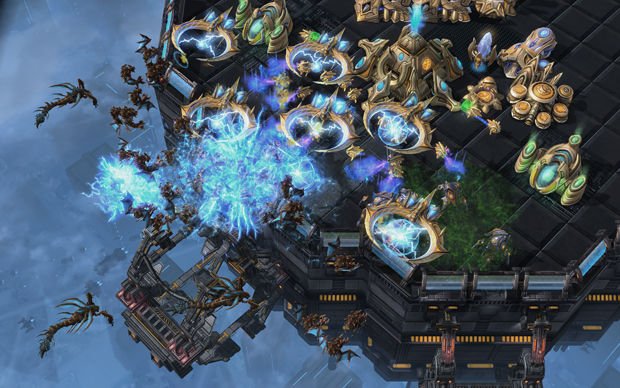 Sad news Protoss fans — the iconic Carriers, as well as the Motherships, are being cut from Heart of the Swarm. As Tony told me, and as anyone who plays online often knows, these two units simply weren’t used very much. The Mothership was too high up in the tech tree and too expensive to really be viable, and Carriers were generally ditched in favor of Void Rays and other Protoss flying units. The good news is their removals are making way for a new Protoss capital ship: the Tempest.

The Tempest will hopefully eliminate one of the Protoss’ current weaknesses — dealing with large amounts of air units. Protoss players are probably painfully familiar with seeing huge swarms of mutalisks coming at them and being unable to do much to defend, so the large area-of-effect air attack the Tempest is packing may make that fight a bit more even.

Another new Protoss unit, and by far the one I’m most interested in, is the Replicant. The Replicant has the ability to permanently transform into any non-massive unit on the map, as long as you have sight on it. Not only do you take on all the properties of the unit you’re replicating, but you also gain all of their technology and abilities. As Tony told me, that means that (at least in its current form) if you replicate an SCV, you can use it to build a command center, and then start controlling and training more SCVs. The cost to build Replicants is very high, so you won’t be able to mass them up and go crazy, but it sounds like even one might be enough to give you a huge advantage in battle.

The final new Protoss unit revealed is the Oracle, which is another flying unit that mostly focuses on support. The Orcale has a range of abilities, including one that locks down a mineral field to prevent it from being harvested, one that lets you inspect an enemy building to see what’s currently being built and researched, and the ability to phase out both friendly and hostile buildings, temporarily removing them entirely and preventing them from functioning or taking damage. 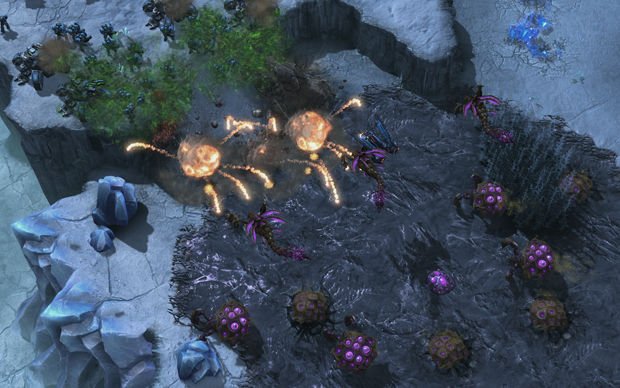 Over on the Zerg side, Overseers are getting the axe. To replace some of their functionality, the Zerg now have a new air unit called the Viper. An air supporter with no actual attack, the Viper has some unique abilities that are pretty different than what you’ve seen in StarCraft before. The Viper can shoot out a Blinding Cloud, which reduces the range of all units stuck inside the cloud to one. Being harassed by a bunch of marines? Drop a cloud on them, and they can’t shoot anything unless it’s standing directly in front of them. The Viper also has an ability called Abduct, which lets him grab a unit with a tentacle and pull it towards him. Tony explained a variety of ways this could be used: pulling your own units out of combat to protect them, pulling enemy units out of range of friendlies, or even using the Viper to move your own units over obstacles, like cliffs or boulders.

The Zerg are also lacking in siege ability, so they’re getting the Swarm Host. The Swarm Host is slow and defenseless, but it can burrow. And once it’s burrowed, it starts spawning a stream of melee units, Locusts, that Tony explained as currently being about as strong as a Zealot. One or two Swarm Hosts aren’t hard to deal with, but if you manage to burrow a whole bunch right outside an enemy’s base, they’ll soon find themselves overwhelmed by Locusts. 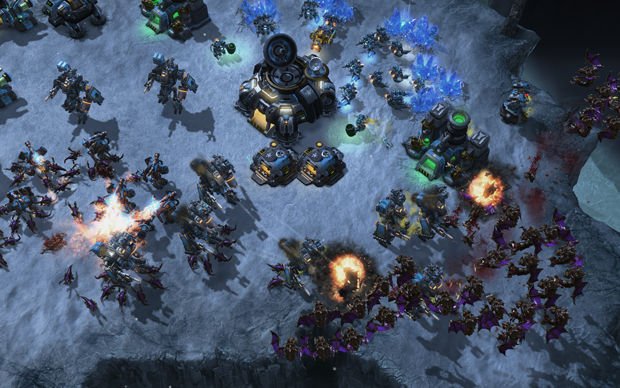 The Terrans aren’t losing any units, and are seeing a number of current units get some hefty upgrades. The Hellion can now be upgraded into a Battle Hellion, a slower-moving, stronger version of the Hellion that makes them viable in mid- to late-game. Tony explained that they were looking to improve units that would be built for a specific purpose in the early game, but then ended up completely ignored as they became useless.

The Thor is also getting a massive upgrade — literally. It’s even bigger than it was before. You can only have one out at a time, but it’s even stronger and more powerful than its previous incarnation. As a tradeoff, it no longer can attack air units, but with regular attacks that already deal serious damage and a new, massive area-of-effect ground attack, the Thor will be a serious force to be reckoned with.

The Terrans are getting a couple brand new units, as well. The Warhound is a small walking mech that functions similarly to the old, now-replaced Thor. It can’t shoot anti-air missiles as far as the old Thor could, but its increased speed and maneuverability appear to make up for it. The Terrans can also build Shredders, which can’t attack while moving, but once set stationary channel area-effect damage to both grounded and flying units. If any friendly units wander into its range, however, it temporarily shuts off so as not to damage them. You won’t want to deploy them in the middle of a large battle. 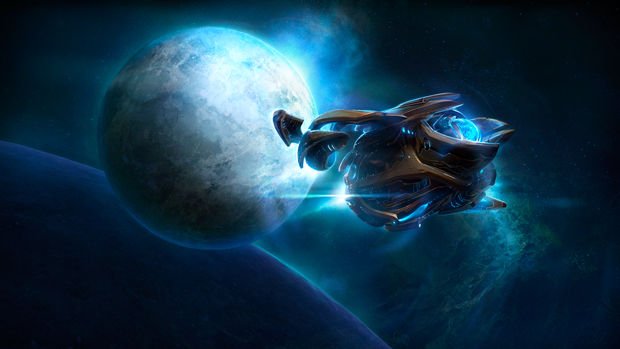 These are the major units that were revealed so far today. Other units are slated to receive a number of tweaks, both in their stats and in the way some of their abilities function, but this is the big stuff. If change scares you, or if you’re not planning on grabbing Heart of the Swarm, the Wings of Liberty ladder will still be available. If, like me, you’re going to jump right into Heart of the Swarm as soon as it launches, there’s a lot of information here to consider as you start preparing your new strategies.