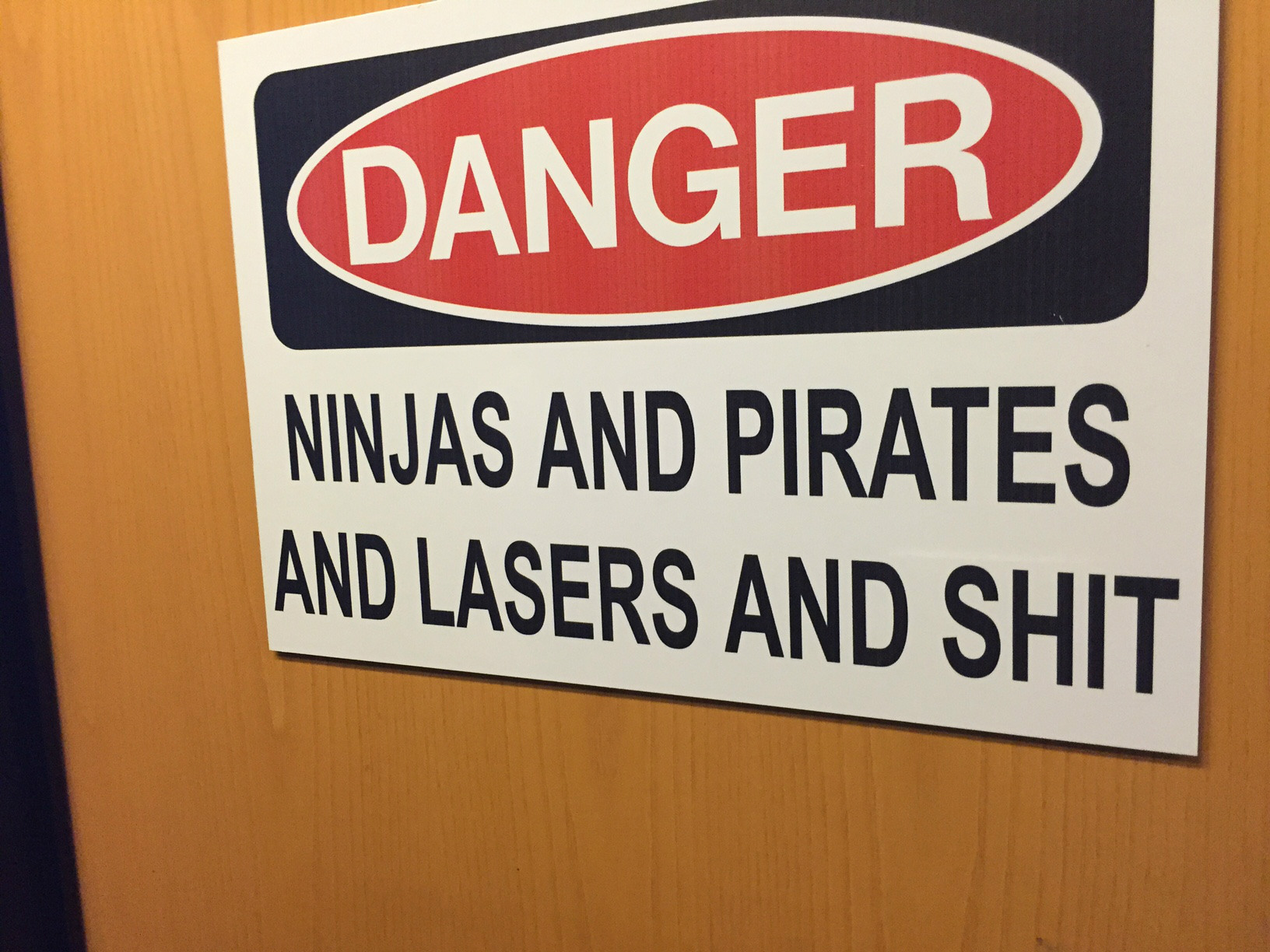 I had the chance to visit Blizzard’s headquarters in Irvine, California last week for an Overwatch event, which has basically been a lifelong dream of mine since I first played The Lost Vikings on the SNES. It didn’t disappoint either, and our group was able to get a full tour of the campus, barring some top-secret areas that housed projects in development.

In short, it’s everything you probably think it is. There’s goofy posters up everywhere, plenty of mascot representation, and killer giant statues, as well as lots of pinned-up artwork from fans. I learned a few fun tidbits about the company too, like the fact that employees get a bonus if they walk 5,000 steps a day (every new hire gets a Fitbit), and that whenever the team moves the Tyrael statue, they put a tiny figure in the roped-off section to honor his memory. Oh, and those statues have a full-time employee dedicated to their upkeep, mind.

I also was able to witness the giant statue out front that developers always reference (“gameplay first”) in their patch notes, as well as various bonuses that crew members get after sticking it out with the company for a certain amount of years, including the Arthas-inspired “Crown of Dedication” for two decades of service.