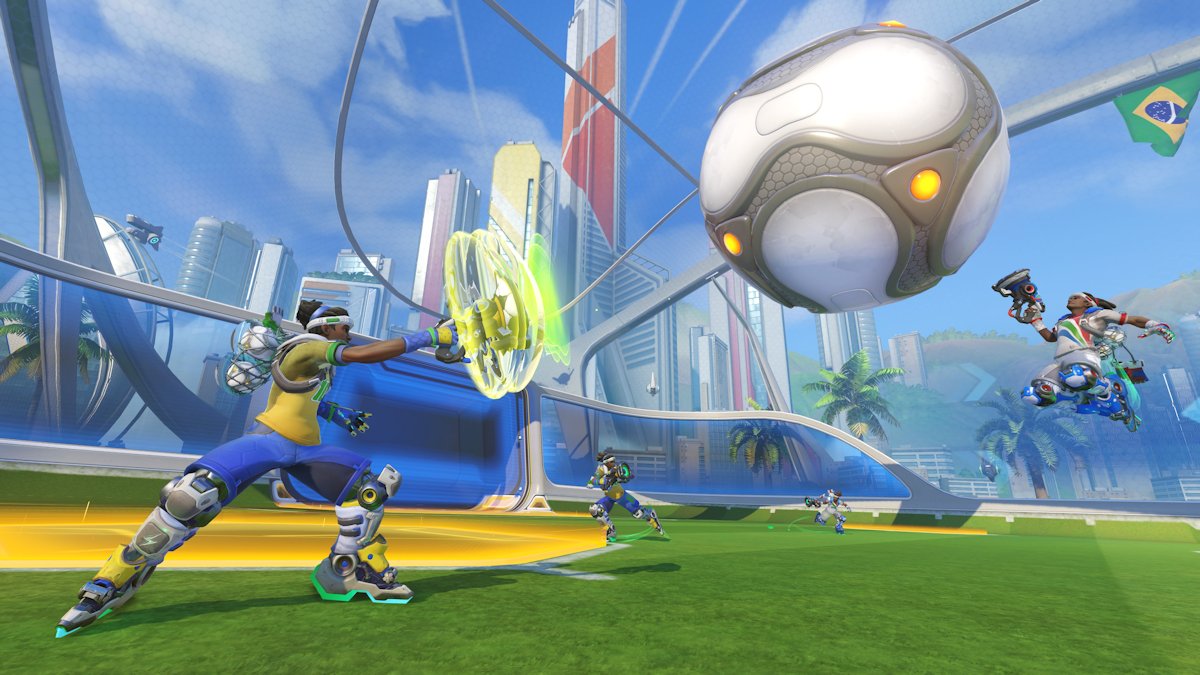 Keep the pistols off the pitch

Lucioball is a Rocket League-like game variant for Overwatch, a three-on-three soccer match in honor of the Rio Olympics. It’s mostly just a bunch of Lucios pushing a giant ball around. Except, sometimes other characters sneak in and ruin everyone’s fun.

Blizzard’s working to patch a Lucioball bug that allows players to play as other characters on the Overwatch roster. What’s happening is that pressing the “H” button (d-pad left on consoles) after it finds a match or during replays causes the game to assign a random hero. That’s how you end up with a Widowmaker with her gun among a group of defenseless Lucios.

On the Overwatch forums, game director Jeff Kaplan says that the developer is in the process of handing out punishments for people who exploit this. “We are in discussions with our Customer Support group to start taking action against those deliberately using the bug to play heroes other than Lucio. Please do not exploit this bug. Fair warning,” Kaplan wrote.

Kaplan doesn’t say what kind of punishment might be in store for these folks, but, as another forum-goer pointed out, it’s within Blizzard’s right to impose some sort of a ban. Overwatch‘s end-user license agreement states that exploits of any in-game bugs constitute a violation.

It’s similarly unclear who will be chastised. Overwatch‘s Twitter account states that “abusers will be punished.” That seems to indicate that it will be people who routinely select other characters. That’d be the best route for Blizzard to go. Take action against those who set out to ruin the game for others, those who do so with malicious intent. Don’t penalize people who acted once out of curiosity.