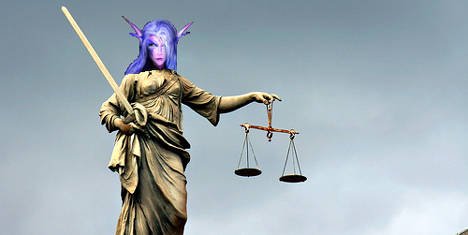 Yesterday, Blizzard was awarded a summary judgement against MDY Industries, LLC, makers of the popular grind-bot program, Glider. Drawing on a 1993 ninth circuit decision in the case of MAI Systems Corp. v. Peak Computer, Inc. (where it was decided that a copy of software loaded into RAM constitutes a legal copy for the purposes of copyright), the court agreed with Blizzard’s assertion that the Glider program violates copyright by making alterations to the World of Warcraft software after it is loaded.

This is an interesting decision that could have some far-reaching implications in the software world. Imagine, if you will, that Microsoft decided that OpenOffice was cutting in on their productivity software. A little tweak to their EULA for Windows that allows only Windows-approved programs to run on their operating system, and they might have a strong case against anybody they don’t like anymore on the grounds of copyright infringement.

To bring it into the gamespace, do you like unapproved mods? A precedent like this might strike a little fear into the heart of some mod developers, as they could become targets by making mediocre games fun again.

I’m not trying to be alarmist here. I think it’s pretty safe to say that companies don’t want to alienate consumers on a broad scale by throwing down lawsuits against every nickel-and-dime operation out there. That said, they probably could now, and that’s scary enough on its own.