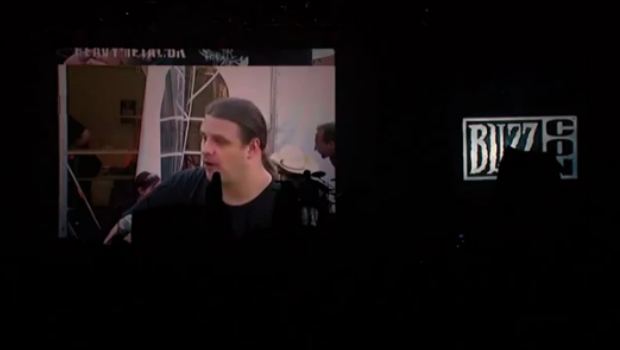 Blizzard has come under fire for featuring an interview with Cannibal Corpse frontman George Fisher during Blizzcon’s closing concert. The video rolled partway through an Level 90 Epic Tauren Chieftain performance, in which Fisher was providing guest vocals.

The video — censored in official recordings but played unedited during the concert — featured Fisher promoting his love for the World of Warcraft Horde faction and belittling the Alliance with some … colorful language. Using such charming words as “faggot”, “queer”, and featuring a strange obsession with the term “emo cocksucker,” Fisher has earned Blizzard the wrath of quite a few gay gamers, upset by the decision to air a video rife with homophobic slurs.

Blizzard has issued a canned response to the matter following three threads on its forums. Community manager Bashlok said the video was “just meant in fun” but apologized to anybody offended.

While some gamers will likely not understand why this is a big deal, I hope we can all admit it was nonetheless stupid for Blizzard to give this the go ahead. Even if the words were used in jest, when you have a video in which a guy exclusively and excessively uses gay slurs as his choice of insult, there’s no way part of your audience isn’t going to feel rather brutally alienated.