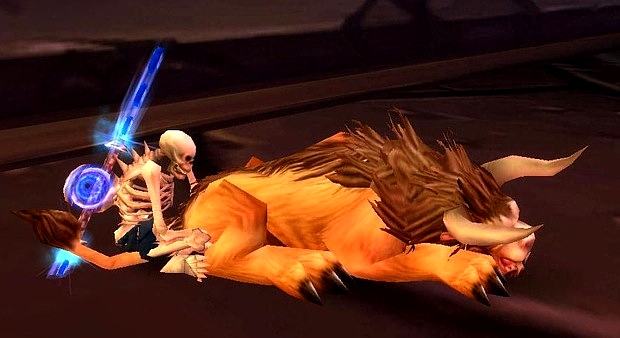 Rejoice! A faction swapping service is coming to World of Warcraft. Details and development haven’t been finalized, but Blizzard community manager “Nethaera” said that the service would function how we imagined: a player chooses a character he or she wants swapped and the game will spit out a comparable opposite-faction version of it. Nice.

Nathaera went on to add that the swapping service will be regulated in a way that won’t interfere with stuff going on in a given realm and, naturally, players will have to abide by the rules attached to it. Figuring out how to control the service without causing a mess will be the challenge as well as the reason why it may take a bit to implement.

“The number of variables involved increases the complexity of implementing this service,” Nathaera said in a message board posting, “but we plan to take the time needed to ensure that it lives up to expectations before officially rolling it out.”

As Nathaera mentions in the opening of her blockbuster post, this service is something fans have been asking about for the last two billion years. We haven’t asked for it yet because we’re still trying to get helicopters added. We don’t want to seem greedy or anything.

[Update: Perhaps this is why Blizzard never answered my e-mails about helicopters. They’re already in the game. World of Warcraft is the best thing ever created; confirmed. Thanks for the heads up, guys. Mind giving me a ‘copter?