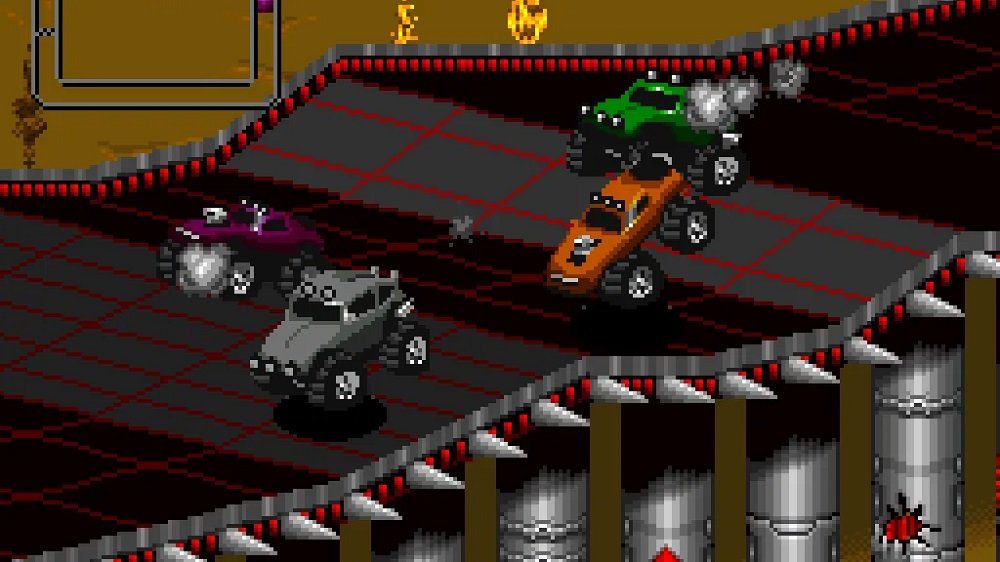 I Fought the Law

This weekend saw Blizzard Entertainment shine the spotlight on its early years, with the release of The Blizzard Arcade Collection – a compilation of three classic Blizzard titles that were never arcades: The Lost Vikings, Blackthorne, and Rock n’ Roll Racing. These are three of the classic console releases that helped put the Warcraft developer on the map back in the heady 1990s.

Unfortunately, in 2021, video gaming is a very different bag of puffins, and the advent of the internet and video streaming sites has made things a little more complex than they once were, at least from a legal standpoint. As such, when it comes to 1993’s Rock n’ Roll Racing, Blizzard is suggesting that streamers play with the isometric racer’s excellent score switched off, lest they find themselves in trouble with The Man.

Yes, thanks to the ever-present threat of content algorithms on websites such as Twitch, a tinny, 16-bit rendition of Black Sabbath’s “Paranoid” or Steppenwolf’s “Born to be Wild” could destroy the music industry as we know it, and so, to avoid being picked up by said algorithm, Blizzard advises that you turn off the backing tracks – a key component of the game’s concept – in order to comply with streaming rules on copyright. Given the recent – and highly amusing – instance which saw Metallica muted for piano music during the BlizzConline opening ceremony, it’s understandable that such matters are at the forefront of the developer’s mind.

Don’t play Rock n’ Roll Racing with the music on, or you may trigger a DMCA. Jesus wept.

PSA: If you stream Rock N Roll Racing from the Blizzard Arcade Collection, the game has a soundtrack of licensed music which is not cleared for streaming.

If you choose to stream, please do so with the music turned off.