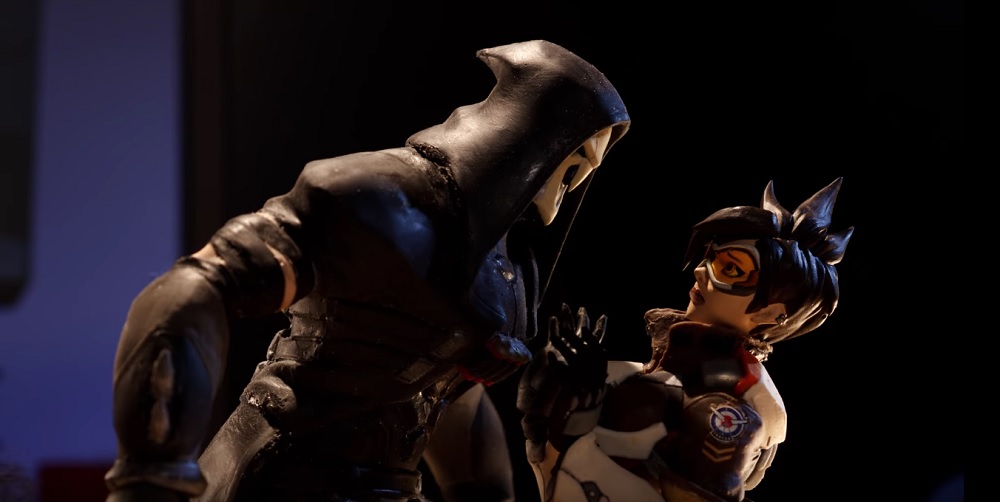 It has cake in it, so I’m sold

The second anniversary of Blizzard’s online shooter Overwatch is just on the horizon, as part of the celebrations, the developer/publisher has released a wonderful new video, Trace & Bake, using stop-motion animations of some of the game’s most recognisable characters.

Stop-motion was used in abundance when I was a youngling, but has since died out a little due to its time-consuming, painstaking process, often only seen sporadically today in shows such as Robot Chicken. Here, it makes a welcome return, as happy-go-lucky Tracer attempts to get emo-boy Reaper into the spirit of things.

Sweet, huh? If you’d like to see the ridiculous amount of effort that went into this two-minute short. Then the Behind the Scenes video below breaks down the entire process, created by just five incredibly talented animators. This video also includes a great demo reel, where reliable DPS character Soldier: 76 comes to life for some midnight gaming.
Overwatch is available on PS4, Xbox One and PC. The anniversary event begins on May 22.