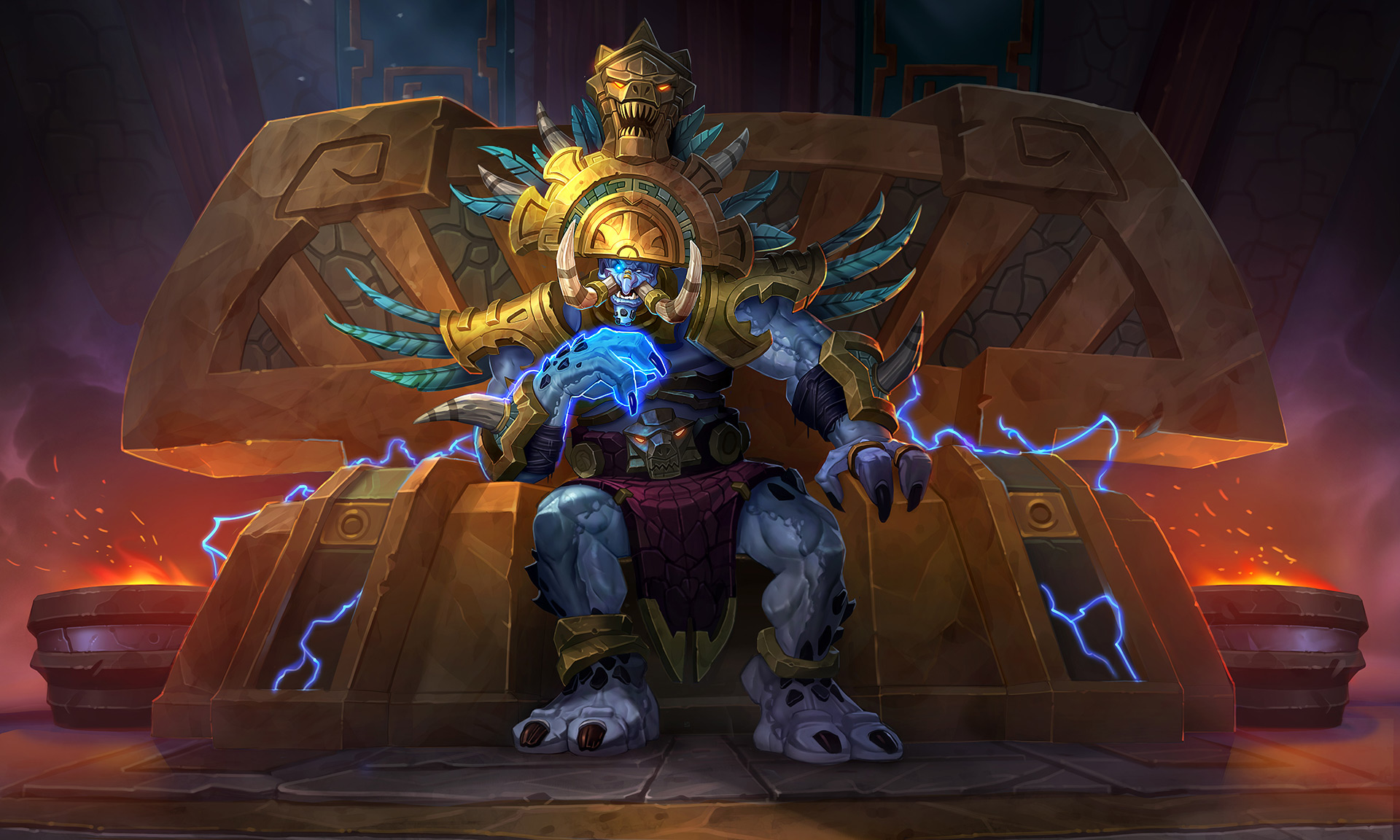 Live on stage at BlizzCon, the Hearthstone team announced Rastakhan’s Rumble, the next expansion for the game that was already spoiled by leaks.

It’ll deal with the Trolls in the famous Stranglethorn Vale zone and will feature the new keyword “Overkill,” which gives you an extra ability if you deal over-damage: one example is the power to attack again. It’s supposed to go with the “showboating theme” of the expansion. Another single player component was teased: Rumble Run. It’ll be out on December 4.

Take a look at some of the new cards and concepts in the gallery below! As always, we need to see the entire card pool before we judge the expansion, but the theme rocks, and fits in nicely with the upcoming 8.1 World of Warcraft expansion.

Do you hear that? The sound of the drums? The restless roar of a thousand voices cheering? Announcing Hearthstone’s latest expansion, #Rastakhan‘s Rumble!