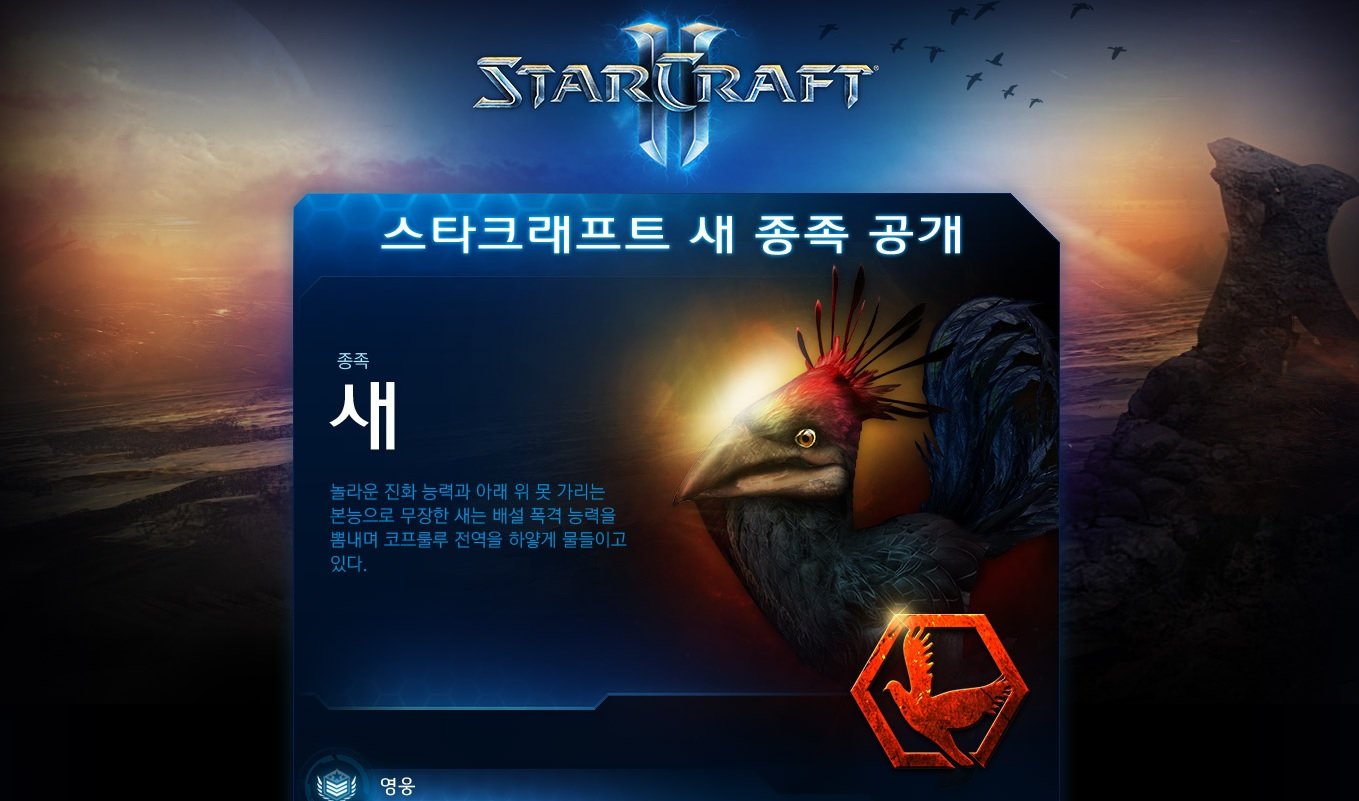 Birds, man. They ruin everything!

Not according to Blizzard though. They love birds so much that they’re willing to put them in Starcraft II as the fourth race to compete against the Terran, Protoss, and Zerg. They even created some animations for them and everything. Well, sorta, as this is an April Fools gag, as is the below Carbot Zergling video.

Jokes aside, I’d love to see a fourth Starcraft race one day. I was always a bigger Warcraft RTS fan for that reason, and heroes sealed the deal.

Filed under... #April Fools#Blizzard#StarCraft#Starcraft II: Legacy of the Void