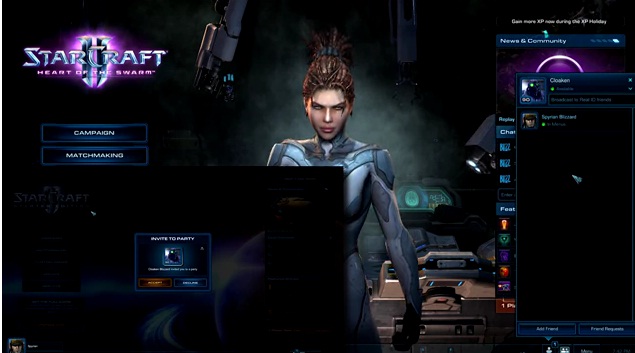 It allows you to temporarily upgrade your account in a party

Blizzard has now made it a lot easier to play StarCraft II with your friends, regardless of what version you have. All you need to do is party in-game with a friend who owns a “better” version of the game. So basically, say you own the Starter Edition — if you party up with someone who has Heart of the Swarm, you can access pretty much everything, as your account will be “raised” to Heart of the Swarm temporarily.

Ranked and unranked matches are for grabs, as is the entire Arcade. The only things off limits are clans, single player, and the ability to play as anyone other than the Terran (which is irrelevant in the Arcade). This is a nice move by Blizzard, and feels like something the “Blizzard of old” would have done. In fact, the video even mentions that historically they already have done something similar for Warcraft II and StarCraft (they did it for Diablo as well, where you could only play as a Warrior).