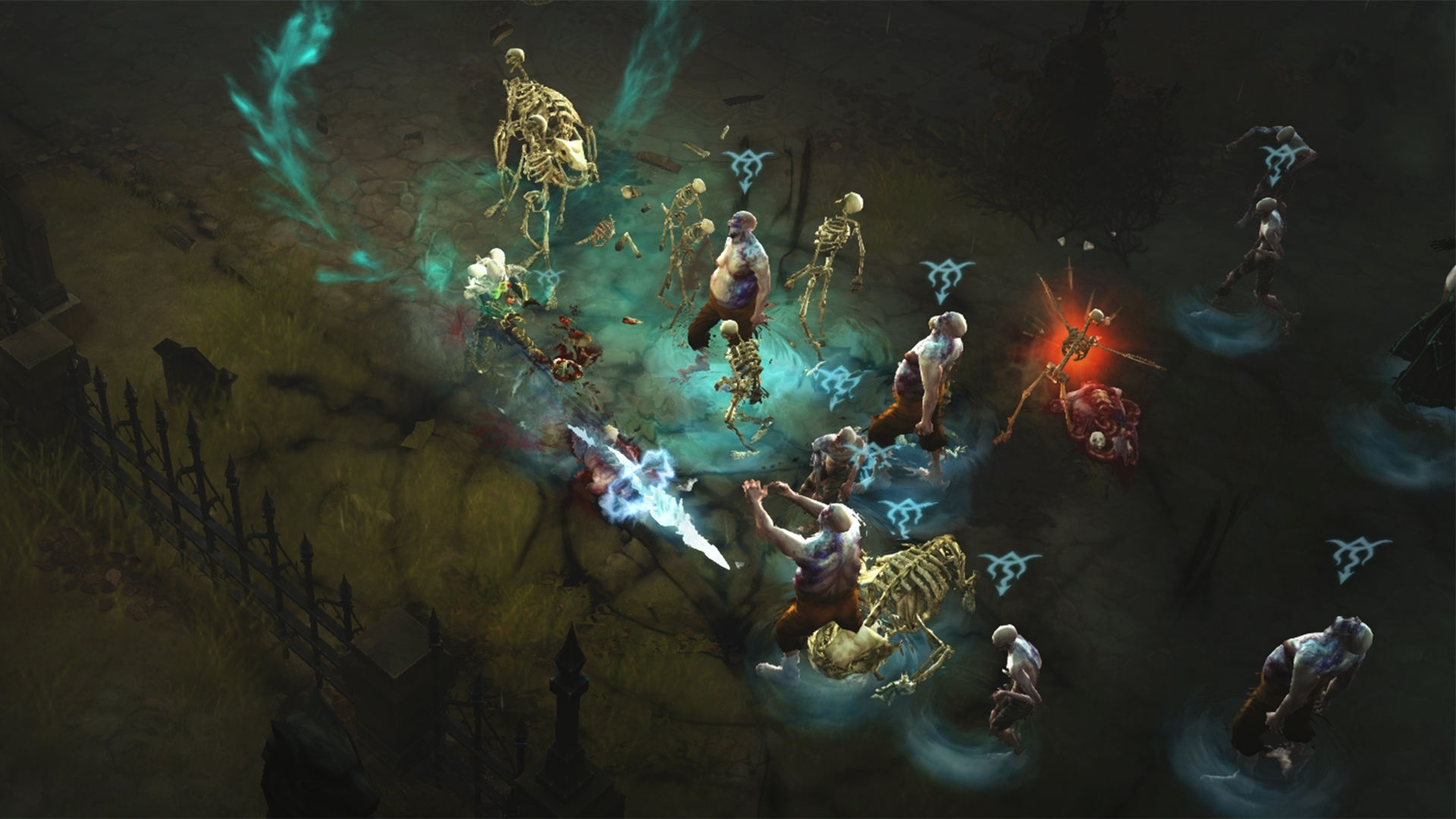 After years of clamoring, the Diablo III community is finally getting its wish — the Necromancer class, one of the most popular classes in Diablo II, is making its way into the game. No, it’s not a Diablo II remaster or a Diablo IV announcement (it’s merely a paid hero class), but for many old school Necro players (such as myself), it’ll do.

I managed to get in some playtime with the albeit limited skillset of the Necromancer in the current build, and although it’s a tad more streamlined than I’d like (D3 in a nutshell), it’s faithful — a virtuous mission for returning players and newcomers alike.

So why is this build limited? Well it only gave us access to several skills (which were locked), and no real modifiers or deep dives of any kind (the Diablo 1 update wasn’t even accessible, it was just a short 10 minute demo of a generic Rift) — but it was enough to get a feel for the playstyle. So right now, the Necro’s skeletons are passively summoned automatically, and you can choose to occasionally use an ability to have them focus a target down for extra burst DPS.

His bread and butter is bone spear (a line-based projectile that cuts through enemies), but he’ll also need to use a standard left click spell Siphon Blood to drain energy to earn the MP required to spam said spear. It’s a really cool animation as the “drain” concept is literally unfolding by way of the Necro “pulling” out the souls of the enemy and siphoning it into his lifeforce. No matter what your opinion of D3 is, you have to admit the animation team put a lot of time into making everything look impressive.

Beyond those common skills the Necro also has access to corpse explosion (which can gleefully be spammed), a Blood Rush dash (with the lengthiest cooldown and another cool animation to boot as your skin is momentarily ripped off to complete the blink), and Decrepify (cementing his debuff status once again in a party). Other curses like Amplify Damage and Iron Maiden, or popular skills like Bone Armor and Bone Prison where nowhere to be found, but are expected to make it in. I just hope I can fine-tune a summoning build with a little more control over my skeletons once the final version rolls around.

Because really, any issues I had with the Necro are inherently problems I have with D3. Everything felt a little too simplified and spammy, with little in the way of risk-reward, especially with the easy normal difficulty setting I encountered that couldn’t be changed. I love the arcade-like nature of the latest Diablo iteration as I don’t always need to spend hours theorycrafting a specific build that I can’t change later, but there is a way to ensure that I’m not mindlessly clicking either. I suspect jacking up the difficulty in the final cut will make things significantly better, but I don’t have a basis for comparison just yet.

I’m also highly dubious of the idea of a “hero pack” holding people over for possibly an entire year. I mean I love that Diablo 1 is making a comeback, and the retro filters on top of the 16-level dungeon sounds great, but I was really counting on a new expansion since I’ve played the hell out of Reaper of Souls already. While a lot of players are excited to get their feet wet with the Necro, another large portion of the community feels like this isn’t enough to keep the game relevant — and I can see merit on both sides of the equation. There really needs to be something else coming next year beyond a few new zones and a sideloaded Diablo homage.

However you feel about the approach, you’ll be able to play this new hero class at some point in 2017 (it’s still on a nebulous Blizzard Time schedule), as part of the Rise of the Necromancer pack. It’ll require the Reaper of Souls expansion, but you’ll also net a pet, two character slots, two stash tabs on PC, a banner, sigil, pennant, and frame for your trouble. The pack will come to both PC and consoles with male and female options, and a price will be announced at a later date.