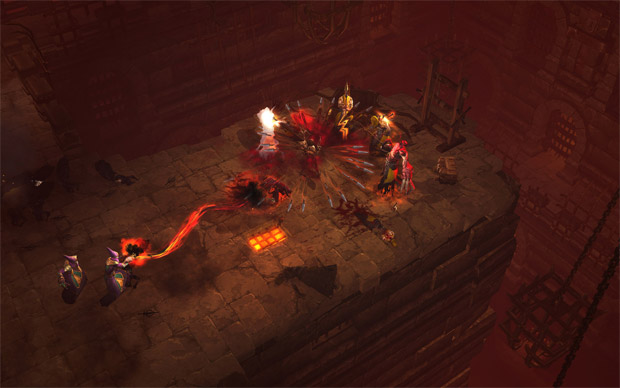 A few job postings by Blizzard, which point toward console version(s) of Diablo III, have popped up recently. (Cue freaking out over a traditionally PC game making the move to consoles.) But first, let’s read the company’s response to speculation:

“We’re exploring a Diablo-related concept for consoles and are currently looking to fill a few senior console-related positions on the Diablo III team. As we’ve said in the past, with proper care the gameplay could suit the console platform, and we’re interested in seeing what talent out there might be interested in such a project. If you’re passionate about all things Diablo and have the requisite skill and experience, then head over to our jobs site to check out the positions and apply.”

Continuing, Blizzard’s blog post says “Please note that this is not an announcement of a console title. We are first and foremost developing Diablo III for Windows and Mac PCs and don’t intend to allow any possibility of a console interpretation to delay or affect the release of the game.”

So, nothing official yet, but don’t be surprised when a popular franchise like Diablo shows up on Xbox 360 and PlayStation 3. Assuming the translation from mouse to controller was done smartly, would you be up for other potential versions of Diablo III?