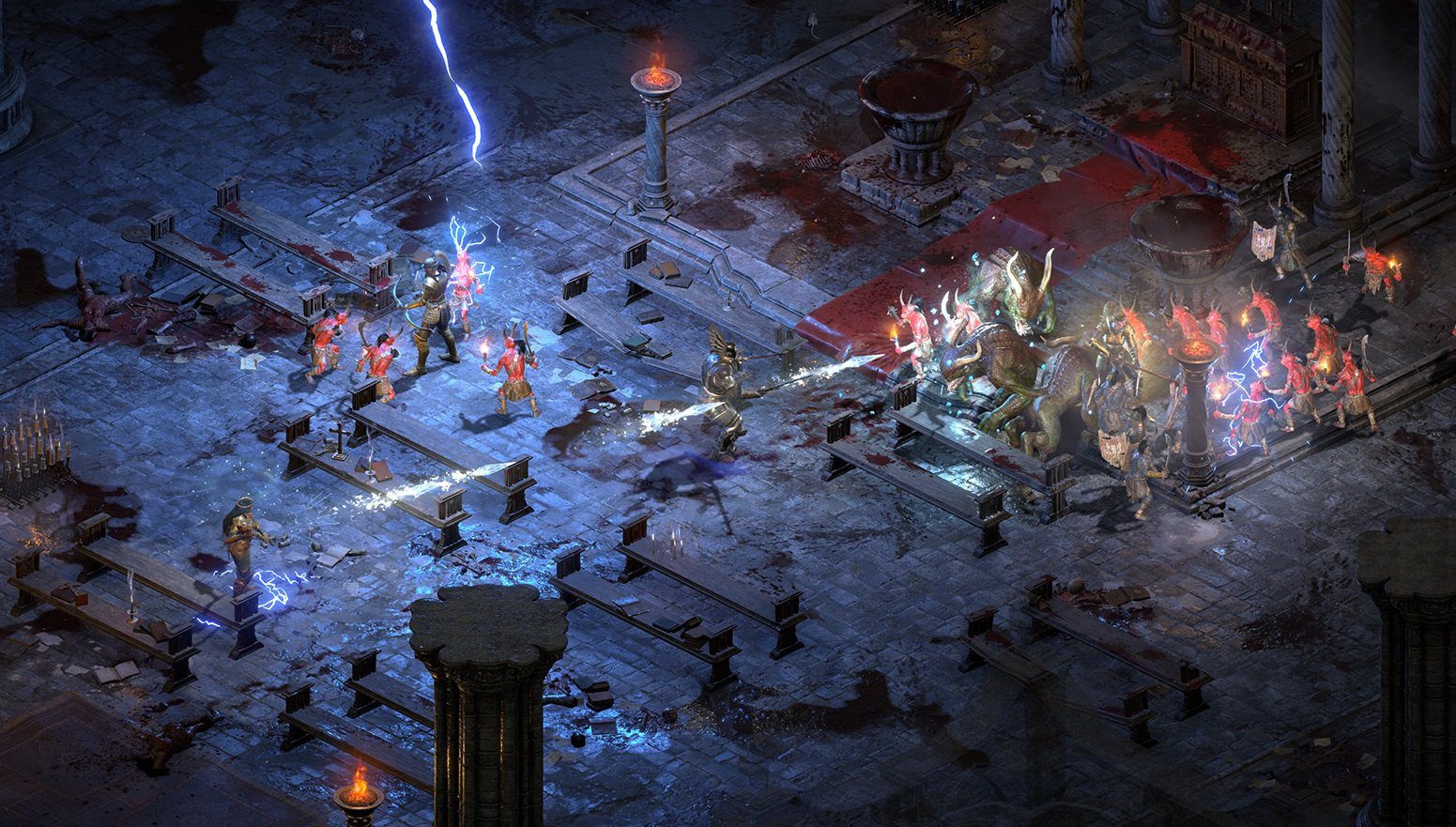 ‘We don’t do anything that directly compromises that experience’

Blizzard’s biggest reveal today? Probably Diablo II Resurrected. Yes, it’s getting a remaster, folks. But naturally, given how the state in which Warcraft III Reforged released, people are going to have questions.

We sat down with Matt Cederquist (producer) and Robert Gallerani (principle designer) to get a feel for how Diablo II Resurrected might shake out. 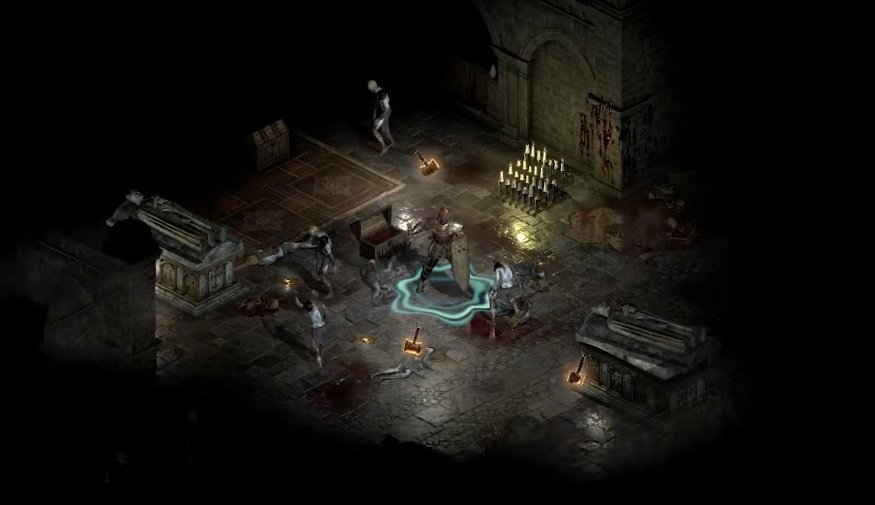 Let’s start at the ground floor: what is Diablo II Resurrected?

“It’s the same game running underneath,” Gallerani tells us. “All the sprites, crit chances, miss chances. That’s what is driving the game. That’s still the engine. On top of that, we’re running the 3D engine. That’s where you see the stuff like real-time lightning.” But of course, there’s a little more under the hood beyond the new visuals.

“On top of that we have some quality of life features,” Gallerani continues. “Shared stash is something you’ve seen in the video already. We’re already seeing people do it, with mules, right? Auto-gold pickup, you can opt into that. Item comparisons, item linking in chat…those are things you’re still experiencing.”

Gallerani confirmed to us “you can turn all that off,” if you really want to have the authentic experience. Accessibility is also a priority for the team, he notes: “Colorblind mode. Enhanced text. Low vision mode. More languages, five more in fact. Controller support and peripherals. It’s all in.” “If you’re the person who saw this all these years ago, this is going to be the same game. Also bringing it up to live Battle.net,” Cederquist says.

Yes, that authenticity means no one-click respeccing, you’re committing to your build just like the old days. Cederquist explains: “We did have a talk about that [adding in easy respecs]. And if we were to go in there and make the drop rates for the items where you respec…there’s too much of a change. When you do it, you’re committed. We are adding a ‘are you sure you want to spend this skill point?’ thing, like a button confirmation. That’s it.” “When we first started thinking about making this game, we…wanted to bring this game into 2021, but still be that game that people love and enjoy,” Gallerani adds.

So were they tempted by the fruit of new content? Cederquist says yes, but they resisted. He goes on: “There’s always that passion that people have to add more. Another Act. Another class. But realistically we get pulled back by the pillars of what we made for this game. There’s a lot of players who have never even played Diablo II in its current state. We kind of stuck to our gut on this one.”

Gallerani feels the same: “Were we tempted? Yes. But we want to make sure we get this one right. If we nail it…’give us more’ is a great problem to have. Right now, and we really welcome people to sign up for the tech alpha coming…we want to know how close it feels.” You can sign up for that alpha here.

There are slight mechanical changes though, Gallerani confirms, in regards to controller and console support. “With Diablo III there’s different balances. With cross-progression it keeps us in a box, which we have to stay true to. Take the Tetris inventory layout. If it was on PC but not consoles, how would that work?”

Mods are similarly being handled a bit differently. Gallerani states, “Mods that inject or hack the game in any way, those won’t really be welcome anymore. With the shift over to modern Battle.net, duping…those types of mods won’t be as easy to do. However, we’ve taken a lot of the aspects of the game that used to be hardcoded, and we moved them over to data. So things that you used to have to hack the game to do, you don’t anymore.” 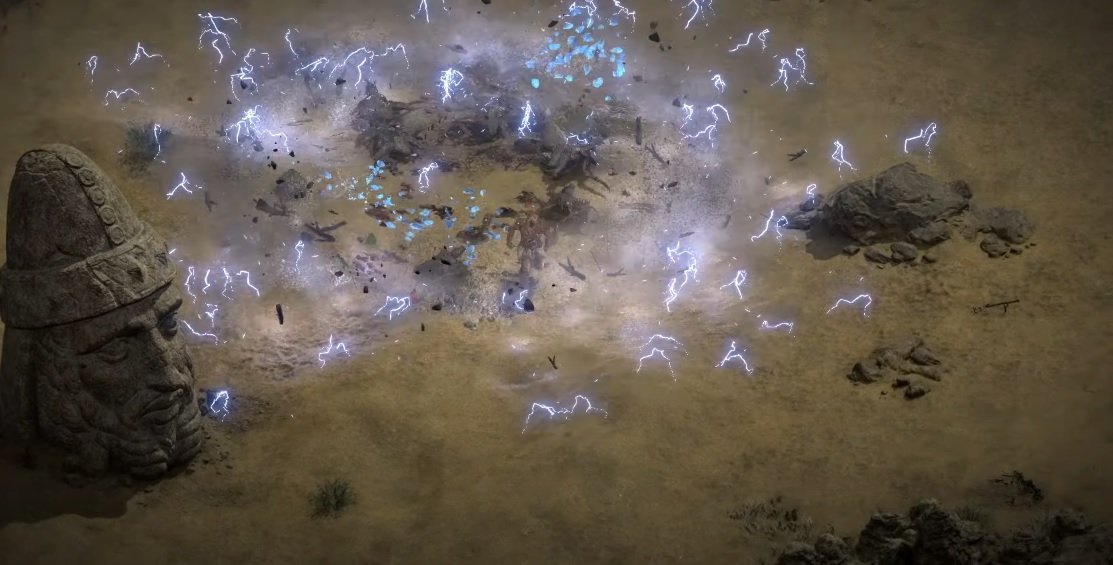 Some housekeeping: Lord of Destruction is included (you can even make a classic character and convert it to the expansion), and the PS5 will have a native build (other native builds were not mentioned by name, but it was confirmed for PC, PS4, PS5, Series X/S, and Switch). There is no couch co-op, Gallerani confirms: “Doing that work proved to be too much work…too much not Diablo II. You can play over two Switches locally.” “We don’t have anything to announce [for the mobile platform] at this time,” he clarifies.

So is it a remaster or remake? “It is a shot-by-shot remake,” Gallerani says. He continues: “it’s all new models…but we’re using the original audio, it’s just been remastered. It’s the same story you know, but realized at a modern level. Those sprites are all running underneath. But we have a modern 3D engine that’s telling those sprites what to do.”

And here’s more big stuff you all probably wanted to know. The original Diablo II is being preserved. No Warcraft III Reforged “one version” nonsense. Cross-progression is confirmed, and will “link to your Battle.net account.” For cross-play, the team doesn’t have specifics to announce yet, but will work across “supported platforms.”

Good! With any luck, this won’t be Reforged 2.0. I think Blizzard is being very cautious about this going forward. So far, so good.