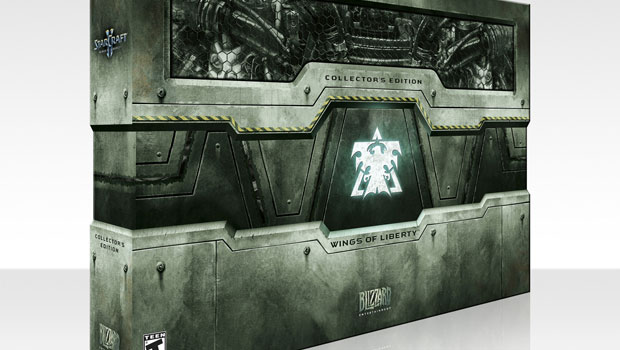 Make some room in your collection, as Blizzard Entertainment has revealed StarCraft II Collector’s Edition, and you’re going to want it.

Retailing for $99.99, the collector’s edition comes packed with goodies, including:

If you’re not one for all the extras, you can pick up the standard edition, which Blizzard has confirmed will retail for $59.99. Still no release date, but Blizzard says we can expect that information “in the coming weeks.”