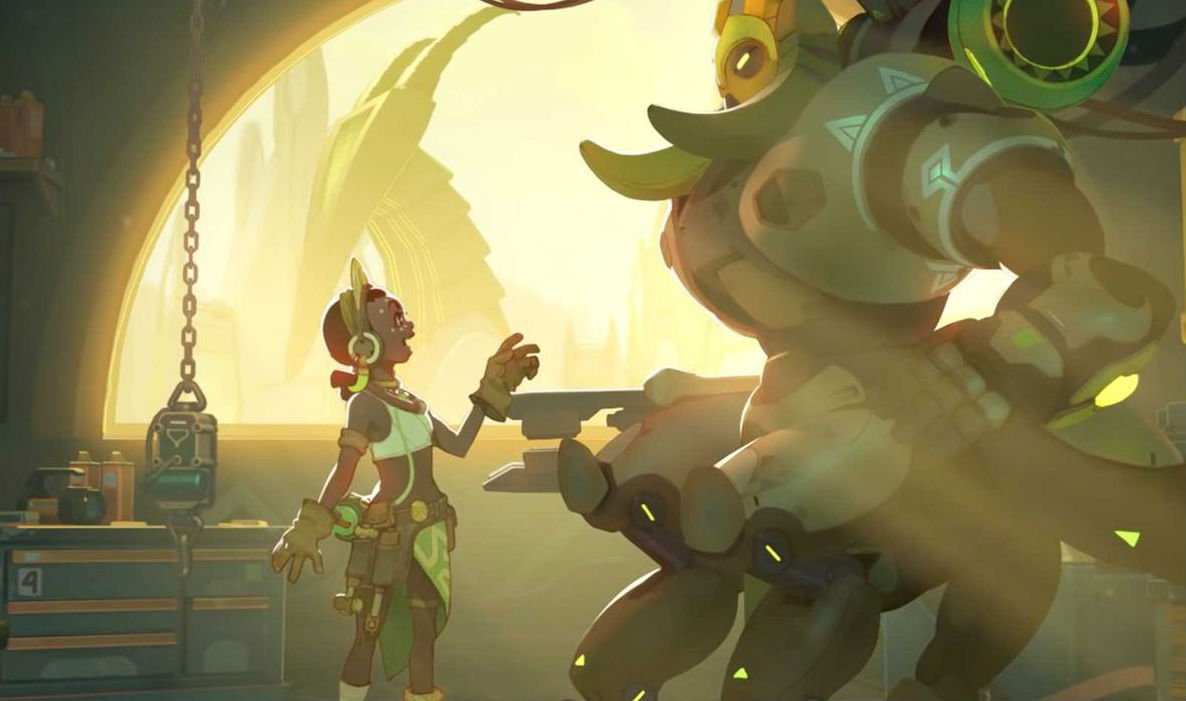 Having attended panels featuring Overwatch developers and cast members, I can attest to the insatiable fan desire for more lore.

Although Blizzard has given us numerous short films at this point for Overwatch amid tiny story sprinkles in-game, a lot of those new content drops have slowed down, leaving a lot to the imagination. As far as one character is concerned, that veil is going to be lifted sometime in 2020.

As discovered by Polygon, Scholastic is publishing a new Overwatch young adult novel titled “The Hero of Numbani,” which will feature Orisa’s creator Efi Oladele. Here’s the gist: “In the technologically advanced African city of Numbani, in the not-so-distant future, humans live in harmony with humanoid robots known as omnics. But when a terrorist tries to shatter that unity, a hero named Efi Oladele rises! Efi has been making robots since she was little-machines to better her community and improve people’s lives. But after she witnesses Doomfist’s catastrophic attack on the city’s OR15 security bots, Efi feels the call to build something greater: a true guardian of Numbani.”

Blizzard has confirmed that Doomfist will actually appear in the novel, on top of Orisa (not just Efi) and Lucio. Writer Nicky Drayden (The Prey of the Gods) is handling the story. By the time the book drops in 2020, it’ll have been nearly three years since Blizzard unveiled Orisa. Time flies, as Overwatch celebrates its fourth anniversary in mid-2020.

The Hero of Numbani [Amazon via Polygon]