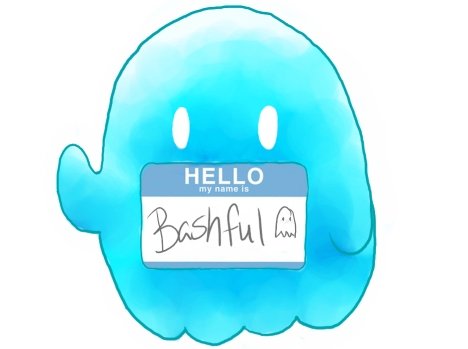 Have you ever stopped in the middle of playing a game to think about why someone or something was given a certain name? The answer is most likely no. The gamer’s mind is too busy being assaulted by how things appear and story text to be able to give things such as a character’s name or the label given to a specific potion a second thought.

But if one were to look a little deeper, the titles given to people, places and things in video games can turn out to be very important tools that aid in the understanding and conquering of whatever game is laid out before you. Not only that, but they can serve as a tie between the player and his character, especially if he is given the option to name his character. And in the case of older games, they might be the only means of identification, due to old hardware’s inability to give objects much visual detail.

There are many instances in which a second thought on the matter is undeserved. Items can have unimaginitive names, such as “sword”, “bat”, or “hero”. But other times, there can be a of thought put into a given title. A great example of this can be found in the arcade classic Pac-Man.

The names of the four ghost enemies are some of the most widely recognizable names in gaming history, but these famous monikers are merely nicknames. As displayed on the introductory screen, the ghosts’ real names are Shadow, Speedy, Bashful, and Pokey. But these names are so simple, what signifigance could they possibly contain? A lot more than you would think.

The spectres may appear to behave in the exact same way, but they have their own unique personalities and behaviors. This defines who each ghost is and helps explain their different approaches towards Pac-Man. All of this information can be found within their names. 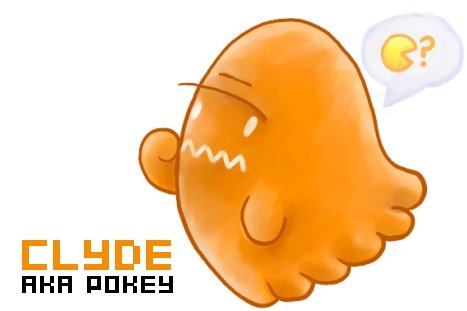 That being said, Clyde’s name is actually a little bit misleading. Pokey suggests sluggish movement (“to poke around”), but his speed isn’t much different than that of the other ghosts. To delve deeper into his personality, we must also look at his Japanese title. Overseas, he is known as Otoboke, which translates to something like “stupid” or “dopey”; while Americans would have likely thought a character named Stupid to be unnecessarily mean, the name does fit the bill a whole lot better. Pokey is not slow as he navigates the maze, but slow-thinking.

Paying close attention to the way that Clyde moves about each maze, you will begin to realize that he is not at all in hot pursuit of the enemy. He goes where he pleases, not even really giving chase if he happens to accidentally stumble upon Pac-Man’s location. Because of his disinterest in engaging the enemy, it can be assumed that perhaps he does not feel dislike towards Pac-Man as the other ghosts seem to. Or, he could just be too dim to really care one way or the other. Clyde is truly the idiot of the group, and the ghost to be least worried about.

An odd note about Clyde was that while the other ghosts kept their original names for Ms. Pac-Man, he was renamed Sue in order to give the female Pac some same-gender competition. His personality remained intact, but you have to wonder if his gender did as well. 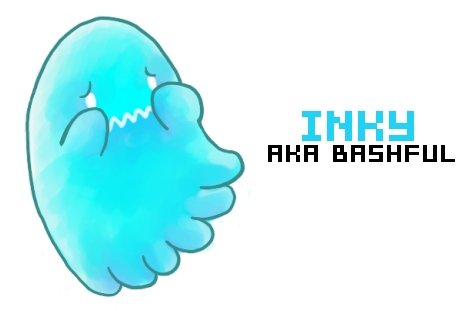 Like Clyde, Inky also moves about somewhat erratically, though it is not due to a lack of brains. He can very well navigate the maze and help the other two ghosts trap Pac-Man, but he chooses not to because of a bad case of social anxiety. As the name Bashful implies, Inky’s shyness leads to attempts to avoid all the action going on around him. However, if he does accidentally edge too close to where Pac-Man is located, he will give chase for a little while.

It seems that something about being near to Pac-Man temporarily brings out the bloodlust in Inky that is always in the forefront for Pinky and Blinky. This is a strange occurrence that a name simply cannot explain. Maybe Inky’s social awkwardness is only a ploy to lull Pac-Man into a false sense of security. 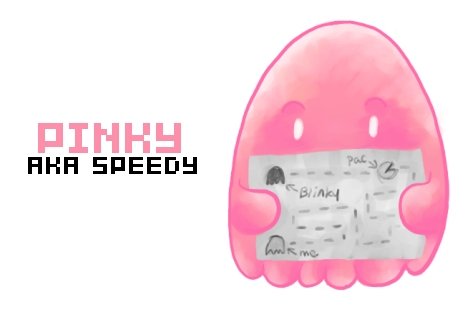 Pinky, despite his real name being Speedy, is no really no faster than his brethren. The name could be more of a reference to his knack for covering more of the map than any other ghost. At first glance, his moves may appear to make no sense, but Pinky has a method to his madness. He is just taking the most roundabout path he possibly can to get to Pac-Man.

Pinky’s real name also lost a lot of its meaning in translation. In Japan, Pinky is known as Machibuse (“ambusher”), which makes a lot more sense when contrasted with his actions. He is unable to work alone, and instead employs the help of his red brother Blinky to help him ambush Pac-Man and trap him in corners. While Blinky gives constant chase, Pinky covers all corners of the map to cut down Pac-Man’s choices of where to hide. Because of his ability to strategize, one can assume that Pinky is the most intelligent ghost of the group, and one to be very wary of. 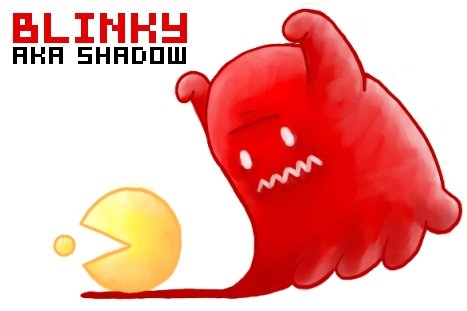 As far as personality goes, Blinky seems to be a whole lot more simple than his brethren. His real name is Shadow, a very fitting name, as he is the most aggressive chaser of Pac-Man. During most of the game, it is Blinky who remains stuck to the hind end of the rotund hero as if he were the shadow beneath him. There is not much to the guy except for the fact that he plain hates Pac-Man. This hatred is what fuels his constant mad pursuit, making him unquestionably the deadliest ghost of the four.

But there is a little more to Blinky than what meets the eye. Perhaps the name Shadow also serves as an allusion to an even darker side of the angry red ghost. As we all know, there are pellets scattered around each maze that Pac-Man gobbles down as he passes them by. Once a certain number of pellets are eaten (this number decreases as you progress), it causes a change in Blinky. Experts call this phenomenon Cruise Elroy Mode. Once transformed, Blinky is also known as Cruise Elroy. 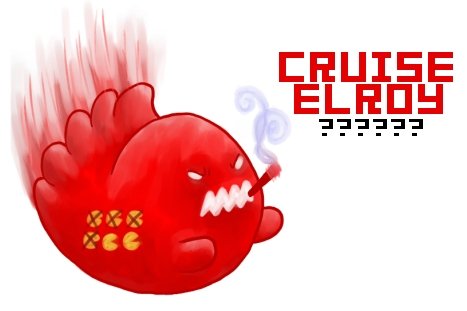 A Google search for the name yields no real results other than this page where one curious Internet user asks, “What is the origin of the name Cruise Elroy?”. There are a few theories there as to what the name refers to, but there is no solid information on what inspired the name. “Cruise Elroy” is a pretty nonsensical phrase, and nothing can really be taken from it like the normal ghost names. But a little name research can help to slightly clear the mystery of this special ghost.

From its Irish origins, the name Elroy means “red haired youth”. This is a valid description of the ghost, for although they have no hair, Cruise Elroy/Blinky is most certainly red in color. Elroy also has roots in old French, where it is a variant of Leroy, a name which means “the king”. This is a title that also fits the bill, as he can be considered the greatest of the ghosts in terms of ability. The reasoning behind using “cruise” in his name is not quite as clear. Cruise Elroy retains Blinky’s tendency to stick close to Pac-Man, but can run (float?) at a much faster speed than his normal self. While it does represent movement, “cruise” is not a word more often applied to casual movement. What it most likely refers to is his ease in keeping up with his target.

This is all only theory, of course. But the meanings match up to the actions eerily well. I originally began to write this after discovering the mystery surrounding the Cruise Elroy name a few months ago. But my interest in etymology and onomatology took over, and it became a study of all the ghosts’ names after learning there was so much information packed into them. Regardless of whether or not it is important information, it is extremely interesting to know.

It made me realize how important the names that are given to everything in a video game can be, and how much they are overlooked. Some names are nothing more than bland labels, but others can unlock a whole world of information that is otherwise inaccessible.