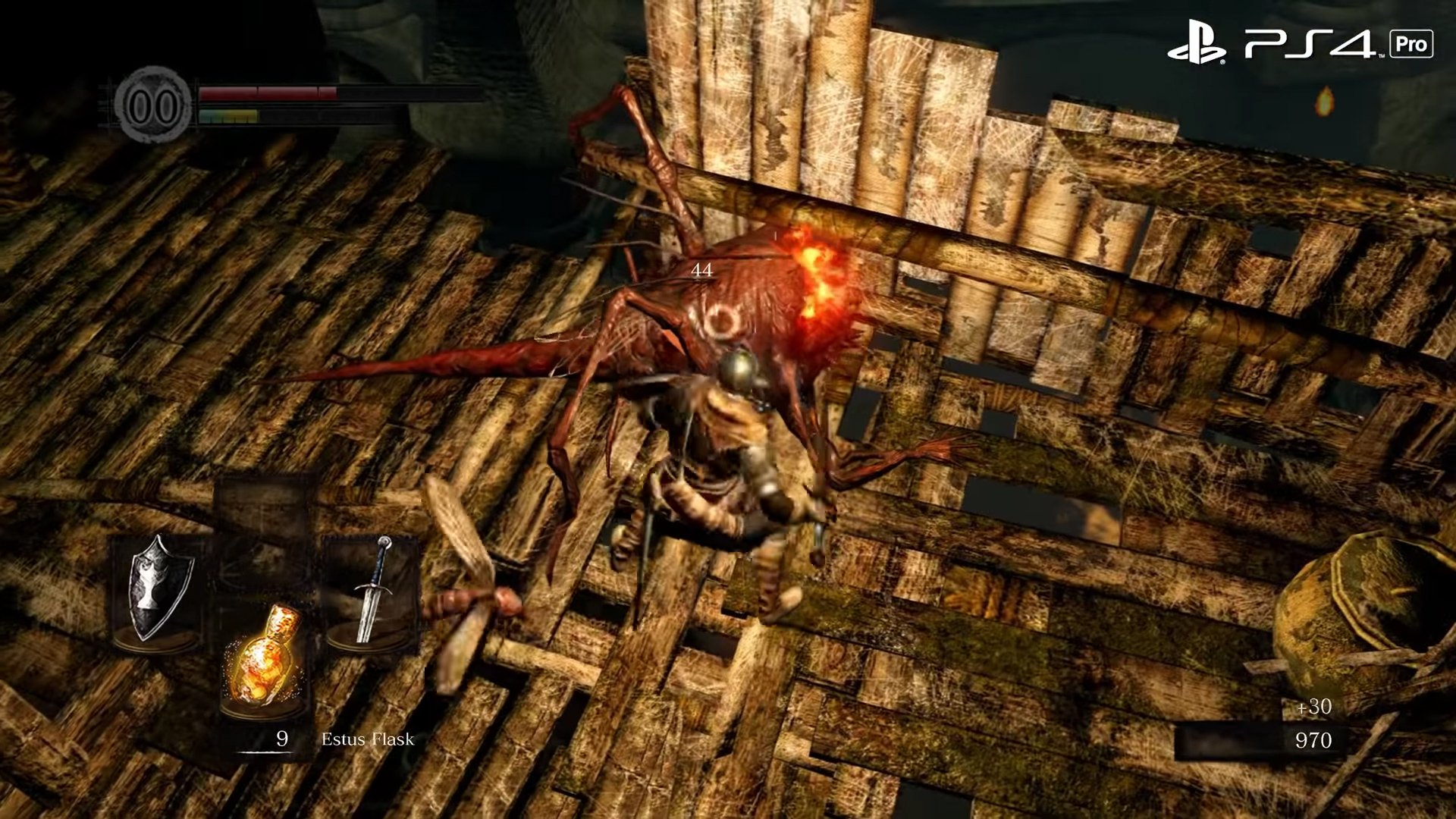 It still has Blowdart Snipers, but at least it runs well

Blighttown was infamous for running poorly in the original release of Dark Souls, so it’s no surprise that fans are eager to see how the dreadful swamp area holds up in Dark Souls: Remastered. If it’s good, we’re good. The recent off-screen Switch footage of Blighttown was a promising start, but today’s analysis of the PlayStation 4 and PS4 Pro versions from Digital Foundry seals the deal.

I had forgotten just how awful the original Blighttown was on Xbox 360, but Digital Foundry does a good job of recapturing what that bewildering experience was like back in 2011. By comparison, the area runs at 60 frames per second in Remastered on a base PlayStation 4 model.

“Equally, Dark Souls‘ signature problems with 30fps frame-pacing is also resolved thanks to the remastering effect – a new frame is synced with every refresh of the display.”

As for PS4 Pro, which runs Remastered at 1800p, “there’s no sign of any GPU stress points throughout this area of the game, and the hand you’re dealt is the same: 60fps all the way, bar one solitary, single, unnoticeable frame drop.” Digital Foundry wasn’t able to fully test the game on other platforms yet, but I think it’s safe to say that Blighttown is finally going to be alright. Just one more week to go.