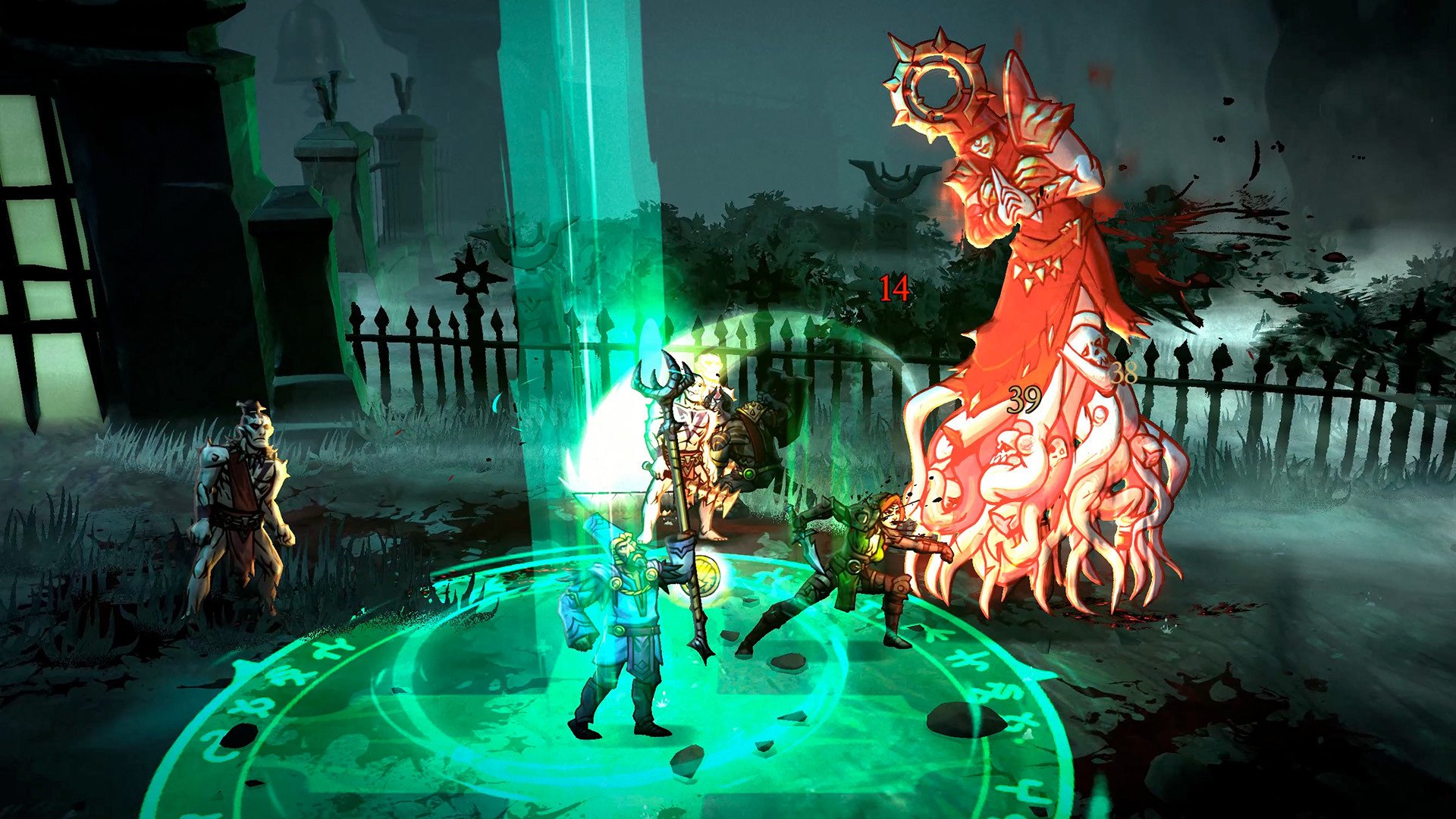 The more I think about it, the more into this idea I am

I’m always down to check out what Ronimo is up to post-Awesomenauts – that’s how much the 2D MOBA means to me. The team is collaborating with Devolver Digital on its next title, Blightbound, a team-centric hack-and-slash game that has players fighting as either a warrior, mage, or assassin.

A few things jumped out at me on the Steam page. As one of three players, you’ll descend from a mountaintop base (which can be expanded over time) to face the Blight below, and the game has a prominent loot and hero collection hook. There are “over 20” individual heroes with different active and passive skills, and everyone can be bolstered with “hundreds of unique items to loot and craft.”

Ronimo calls Blightbound an “ever-expanding game,” but it says that the dungeons are “handcrafted,” and the heroes have a “fully narrated story to complete.” As for multiplayer, it’s “online and local.”

I’m not completely on board with the pitch yet – Blightbound is debuting on Steam Early Access later this year, which means I’ll probably want to hold off in the beginning – but above all, I trust that Ronimo can design a side-scrolling game with a bunch of distinct, fun-to-play characters. It’s in their DNA.

I wonder if we’ll catch any references to Awesomenauts or Swords & Soldiers.