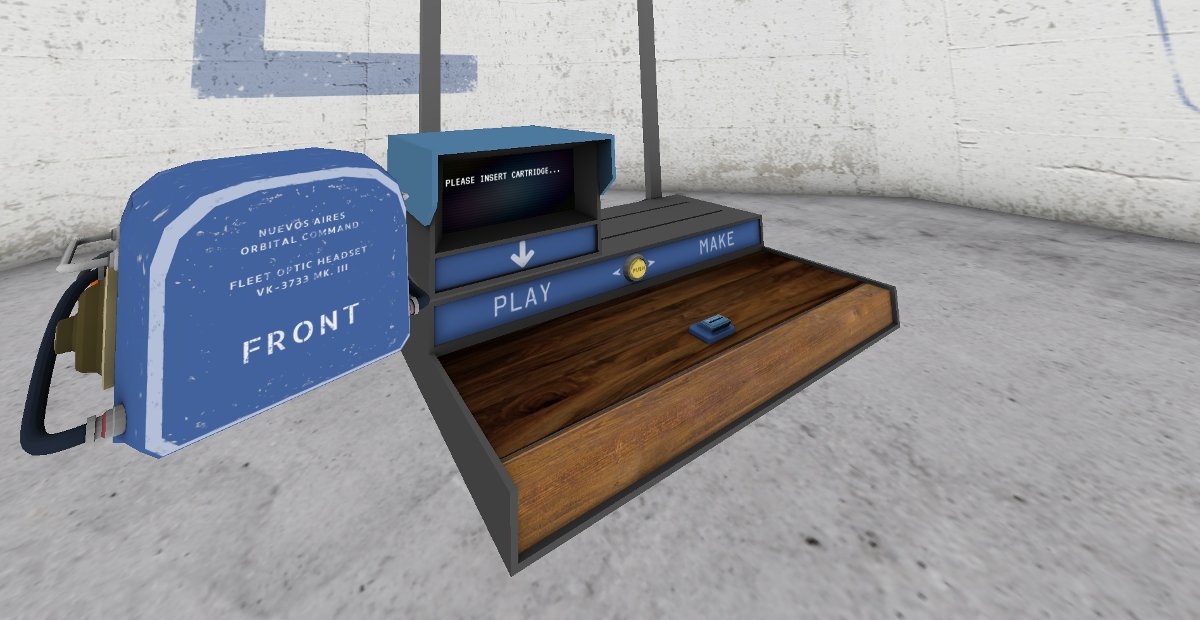 Blendo Games has been one of the pioneers of storytelling in gaming for the better part of a decade. Blendo’s games range from “walking-simulators” all the way up to action-based hackers. Blendo have an unmistakable air of confidence, exuding the perfect amount of cinematic influence while still using the video game medium to their advantage.

One of the early games that thrust Blendo into the indie spotlight was Flotilla, so while it should be no surprise that they would return to these roots for a sequel, it may be surprising to learn that Flotilla 2 will be a virtual reality title.

While Flotilla 2 will utilize VR for its interface, the gameplay looks to be very similar to the original. Taking place in space, Flotilla 2 will once again have players move around large spaceships to gain a tactical advantage against their foes. Utilizing room-scale VR, Flotilla 2 will take turn-based battles to a new dimension.

Unfortunately for those of us without a headset, the game is only planned for released for the VR platform, specifically the HTC Vive for the aforementioned room-scale capability. Those of us that do have a VR headset can look forward to playing Flotilla 2 when it arrives, August 1.