For a lot of youngsters (including myself!), Flash-based game sites like Newgrounds or Miniclip were a gateway to the world of video games. These sites were easily accessible from library/Boys & Girls Club desktops or your parents’ work laptop. They didn’t require an expensive console, and could often be played without your overprotective mom or dad finding out. My personal go-to was Heli Attack 3, a game with one of the all-time best menu tracks. A Certified Banger, if you will.

So maybe there’s more than a little nostalgia driving my enthusiasm for Bleed 2 (another sequel I played at PAX before playing the original). Can you blame me? The game feels like it belongs to that era of browser games, all end-of-The Shining-“you’ve always been here”-style. It’s flashy, it’s an over-the-top shoot-’em-up, it has “retro-style graphics” in the same way people who shop at Hot Topic understand “retro-style graphics.” Bleed 2 should be playing in a crappy little 400×400 window and delighting junior high students; that you can play it on your real television with an Xbox One controller is kind of amazing.

I don’t intend for any of that to come across as a pejorative. Bleed 2 isn’t just a crummy Flash game being peddled on Steam for $5 more than it’s worth. It’s an evolution of the Newgrounds mindset; a real-ass video game that feels like it belongs on real video game machines instead of being trapped in your dad’s Lenovo ThinkPad. 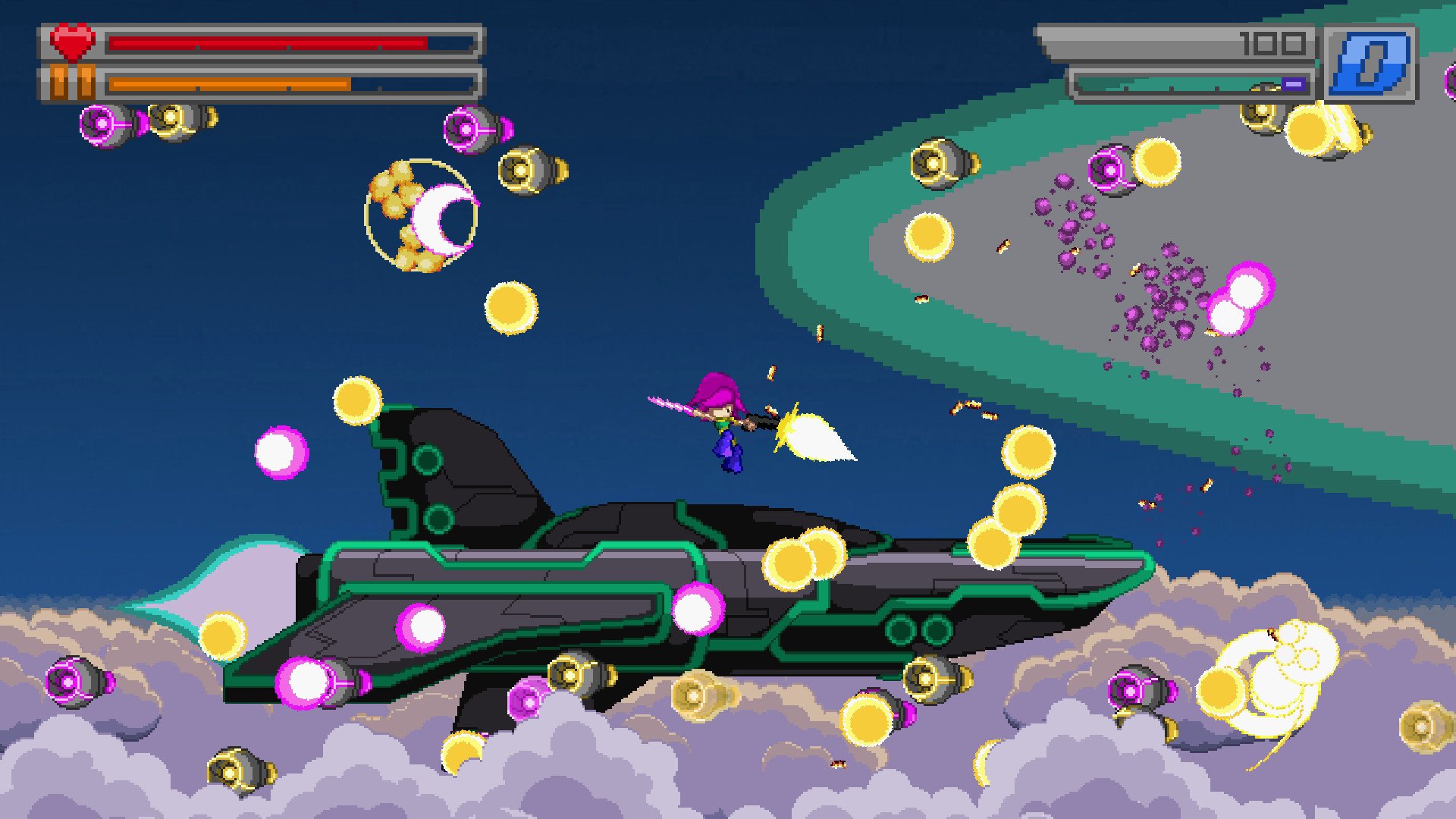 Any problems I had playing Bleed 2 were solely the fault of Destructoid’s Mike Cosimano, not the game as a whole. Bleed 2 is a twin-stick shooter where you move with the left stick and shoot with the right, with the ‘jump’ button relegated to the right trigger. Theoretically, this is the best possible control scheme for this game; it allows players to be as mobile as possible without sacrificing overall damage per second. In practice, it was like patting your head and rubbing your belly. I have a general expectation of how side-scrolling games play, with ‘jump’ being the bottom face button and shooting maybe being a right-trigger + left stick affair.

After I got over my personal issues with the control scheme, I had a genuinely fun time with Bleed 2. It was a fleeting, surface-level kind of fun, but it was fun nonetheless. I was constantly pulling off sick moves, leaving my enemies in the dust while I dash-jumped away to the next screen. Bleed 2 feels like a Platinum-lite, in that you can do a lot of flashy things and your mastery of said flashy things is rated at the end of the level. And those flashy things are damn flashy — reflecting a huge bullet right back at a tank never stopped feeling great.

The core of Bleed 2 whispers all the right things, but I’m curious if the rest of the game will be able to keep up. I was told it will have 25-30 bosses, but how many of those bosses will be interesting to fight? You can do a lot of cool-looking stuff, but will the game escalate naturally to keep up with your bag of tricks? My time with Bleed 2 on the PAX show floor was entertaining, but years of good-to-great character action games have satiated my thirst. I don’t need a game like this in my life, but I’ll be happy if one comes along. Don’t let me down, Bleed 2. Or do whatever, I’m not your boss. The game drops “late 2016/early 2017,” for “between $5 and $10.” We’ll see what’s up then.