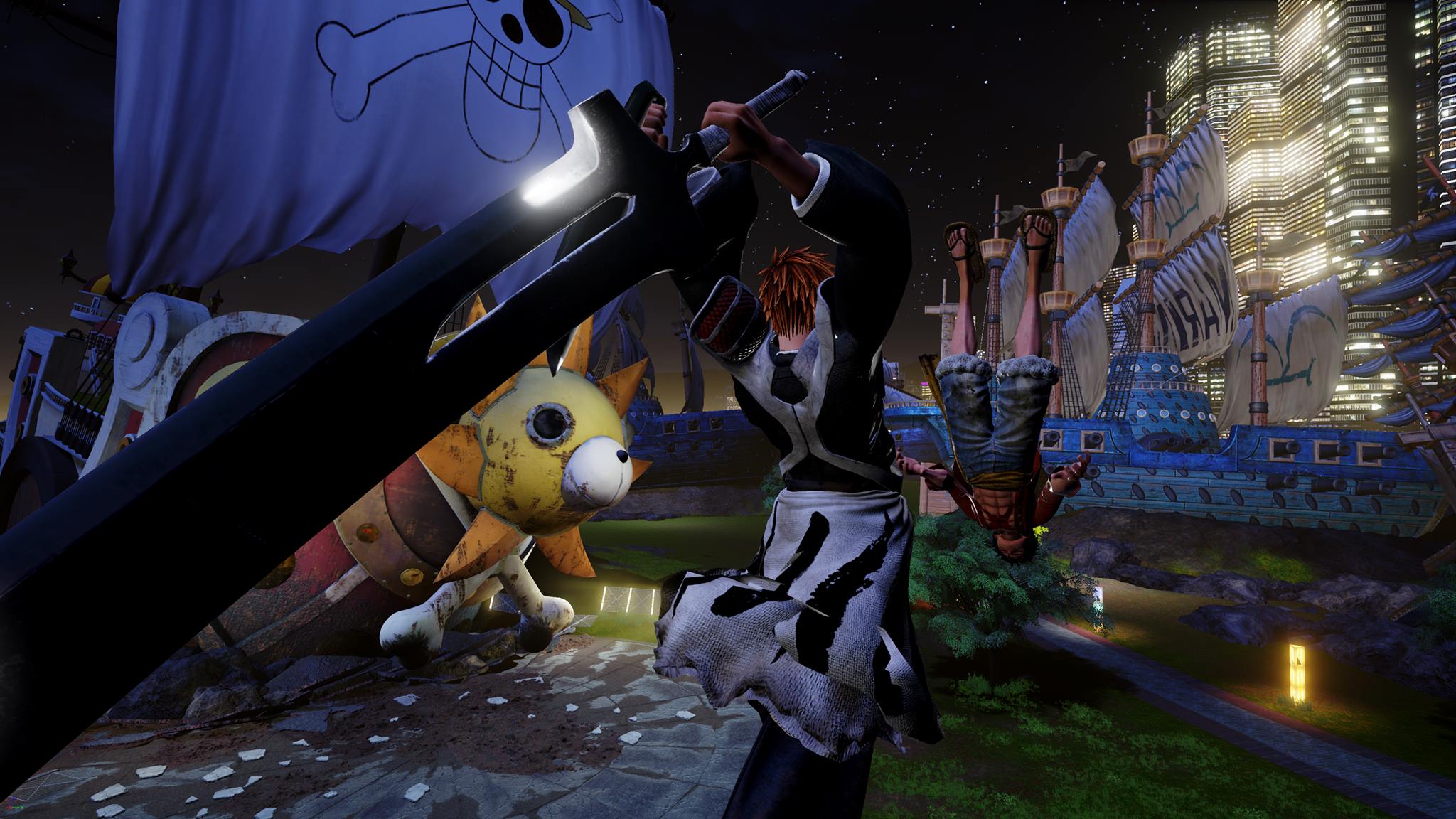 I don’t think there was enough buzz surrounding Jump Force coming out of E3. I mean maybe the anime crossover market is saturated, something I never saw myself saying 15 years ago, but the newer tech engine looks promising, and so far, outside of eliminating the core duo of Death Note as playable characters, the roster is ace.

That includes Bleach’s Ichigo Kurosaki, who is showcased in a newly minted set of screens from Bandai Namco. It’s looking good! I dig the gritty city-scapes as they’re juxtaposed to neon signs that help bring out the vivid costumed characters, and various bits of Jump paraphernalia like the Thousand Sunny ship remind me of PS2-era brawlers.

Given how much scrutiny anime games have at launch I’m hoping they do this justice and I have someone to play it with.