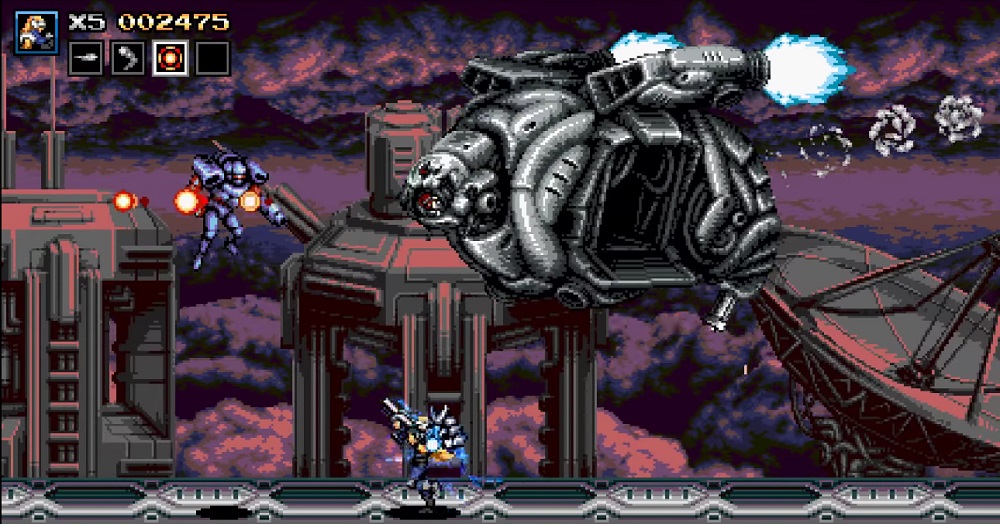 Publisher The Arcade Crew has released explosive footage of upcoming Run ‘n’ Gun arcade shooter Blazing Chrome, developed by indie outfit Joymasher. This homage to platform shooters of yore is expected to launch in the near future on PS4, PC and Nintendo Switch.

The video, which you can check out below, features gameplay that will be instantly recognisable to fans of classics such as Contra, Metal Slug and Midnight Resistance, as our hero runs headlong into battle against waves of enemies, negotiating platforms, grabbing power-ups and shooting, shooting, shooting.

It looks like an intense and pretty cathartic experience, as well as being a fitting tribute to those rock-hard action titles of yesteryear. Blazing Chrome is expected to launch early this year on PS4, PC and Nintendo Switch.