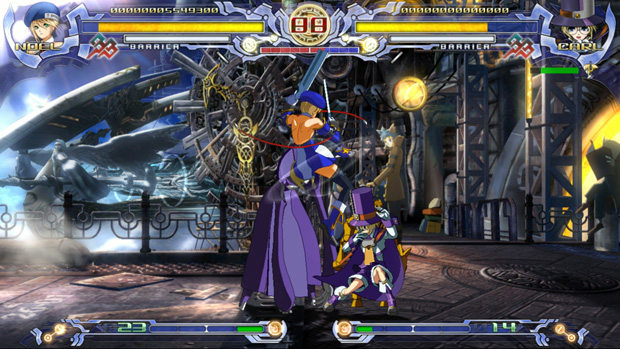 There’s no screens or scans or anything (yet), but we’re sure they’re coming. Famitsu does BlazBlue under the PSP section in the mag’s contents, which means its a real thing that’s really coming.

One thing’s for sure, it won’t be all sexy and high-resolution on the PSP. That’s fine, though. Portability counts for something, doesn’t it?

As Siliconera was saying, maybe they were jacking around with the Remote Play features of the PS3 version and thought that it might make a good stand-alone game. I think it will too.