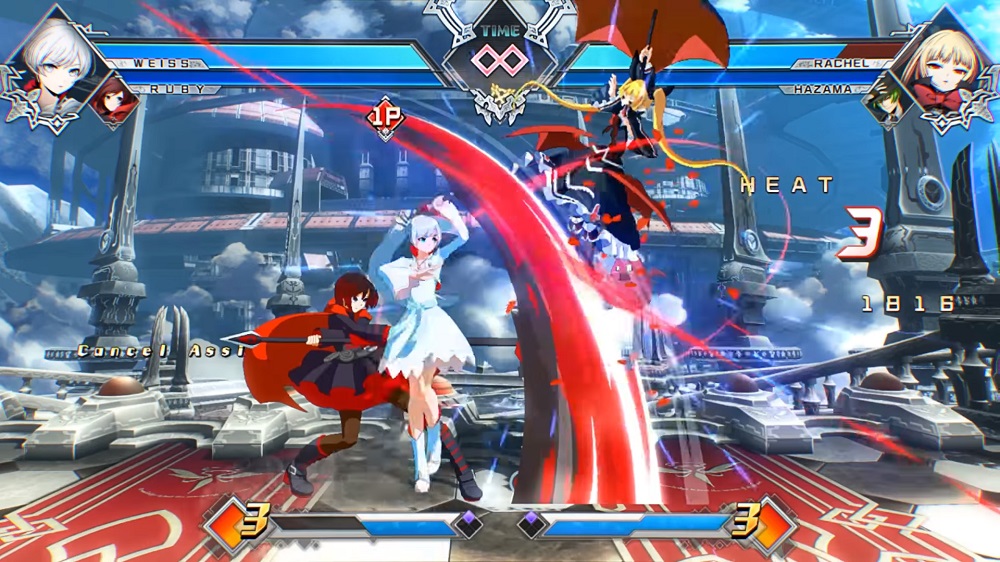 Opening up the arena to beginners

At the recent EVO Japan event, Arc System Works had a playable build of their upcoming fight-fest BlazBlue: Cross Tag Battle, with reports coming in that the game features a simplified control scheme option, tweaked from its namesake title.

As reported by Siliconera, the team-based fighter is being designed with a wider audience in mind, due to the inclusion of brands such as RWBY. As such, the game will feature “Smart Combos” for ground and air, which can be performed by mashing a single button. This mode will also remove certain D-pad commands, with Dragon Punch maneuvers being performed by simply hitting Square and Cross together. Ground Dashes will be performed by holding forward, though air dashes will still require a double-tap.

This isn’t the first time super combos and similarly cool looking attacks have been stripped down, both King of Fighters XIV and the recently-released Dragon Ball FighterZ include these features, designed around allowing new players to do cool shit with a minimum of fuss. In fact, BlazBlue itself has a “Stylish” mode, which reconfigures the controls, mapping special attacks onto an “SP” button.

Whenever “Easy Mode” mechanics show up in fighting titles there is always some grumbling, both from hardcore fighting game fans who work hard at their execution and see skillfully-performed combos as their reward, while some beginners complain that such a mentality is “elitist”– a baffling accusation which suggests the time a player pours into a game shouldn’t reflect how good their abilities might become.

I don’t really see the problem in having a simplified option. In my experience, the better player wins out regardless of whether they are using standard inputs or not. The controls might be different for both players, but the fight is generally won in the head, and not always in the hands. An experienced player with standard inputs is at no real disadvantage to a newer player with simplified inputs.

On the other hand, the inclusion of an easier option opens a game up to fans who may not be quite so dedicated to the genre. It also gives beginners a chance to develop an instinct for the flow of a fight, which may lead to them progressing from just mashing an auto-combo ad-infinitum to developing techniques of their own. Simplified controls open a door for new players, whilst not really allowing them an unfair advantage over experienced ones.

Whichever side of the debate you take, it looks like BlazBlue: Cross Tag Battle is one of at least three fighters launching this year with easier control mechanics, alongside Dragon Ball FighterZ and SNK Heroines: Tag-Team Frenzy. It seems that in developer efforts to revitalise the fighting game genre on a larger scale, mashing Square is as good an idea as they have got.