Nifty Collector’s Edition on the way

Arc System Works have finally given European fans a day to mark down on their calendars. June 22 will see their anime crossover fighter BlazBlue: Cross Tag Battle arrive on Euro shelves.

European PS4 owners can catch a taste of the chaotic action right now, as an open beta for the game is live as you read this. The beta closes on May 20 when it will be replaced by the four-character demo currently available in other territories.

Rice Digital are also releasing a European Collector’s Edition, known as The Phantom Field Edition. Available on PS4 and Switch, this release contains a copy of the game, the official soundtrack CD, an art book, four character posters and a neat satchel or… umm… “Battle Bag”. It can be pre-ordered here at a cost of £80.

BlazBlue: Cross Tag Battle launches on PS4, PC and Nintendo Switch in Japan on May 31. It will follow a few days later on June 5 in North America, with Europe to follow on June 22. 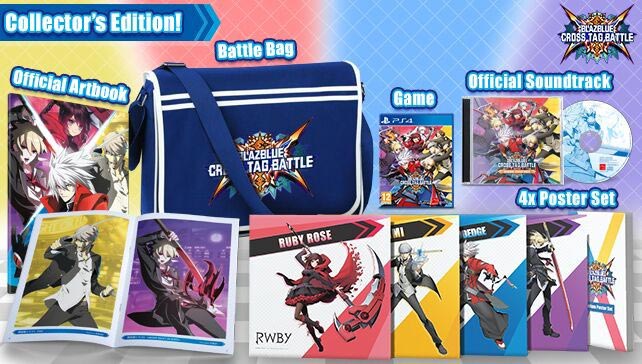