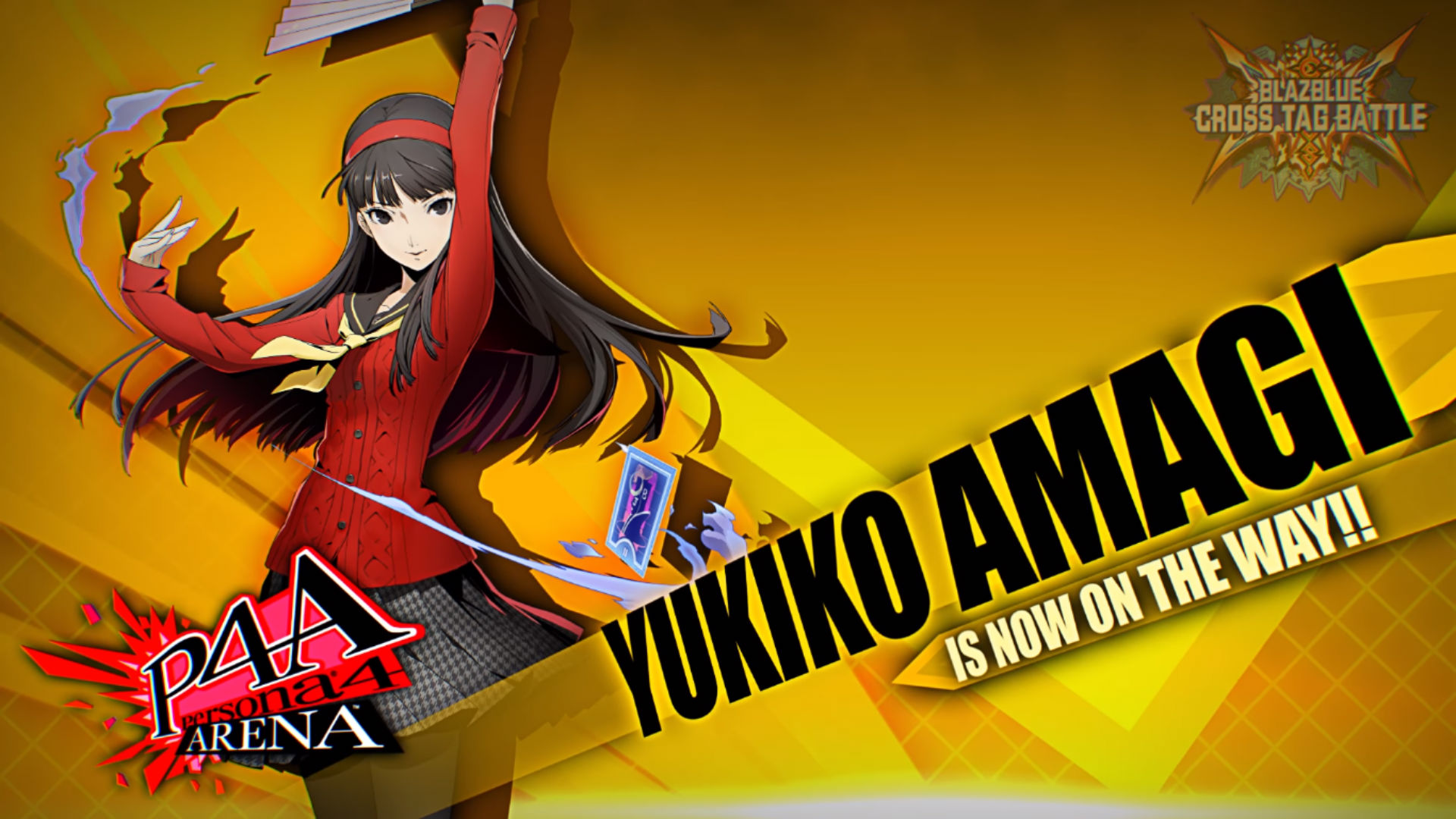 Yukiko is best Persona 4 girl, come at me

Another crazy fighting game crossover coming next year is BlazBlue Cross Tag Battle, and while I should dislike reusing sprites, I love the idea of Yukiko the cardboard queen (yet still my favorite) throwing fans at big musclebound men.

This latest trailer confirms Yukiko from Persona 4 Arena, Azrael from BlazBlue, and Gordeau’s unfortunately long reach from Under Night In-Birth. We’re still waiting on the next RWBY character announcement, but I’m sure we’ll see more on that sooner rather than later.