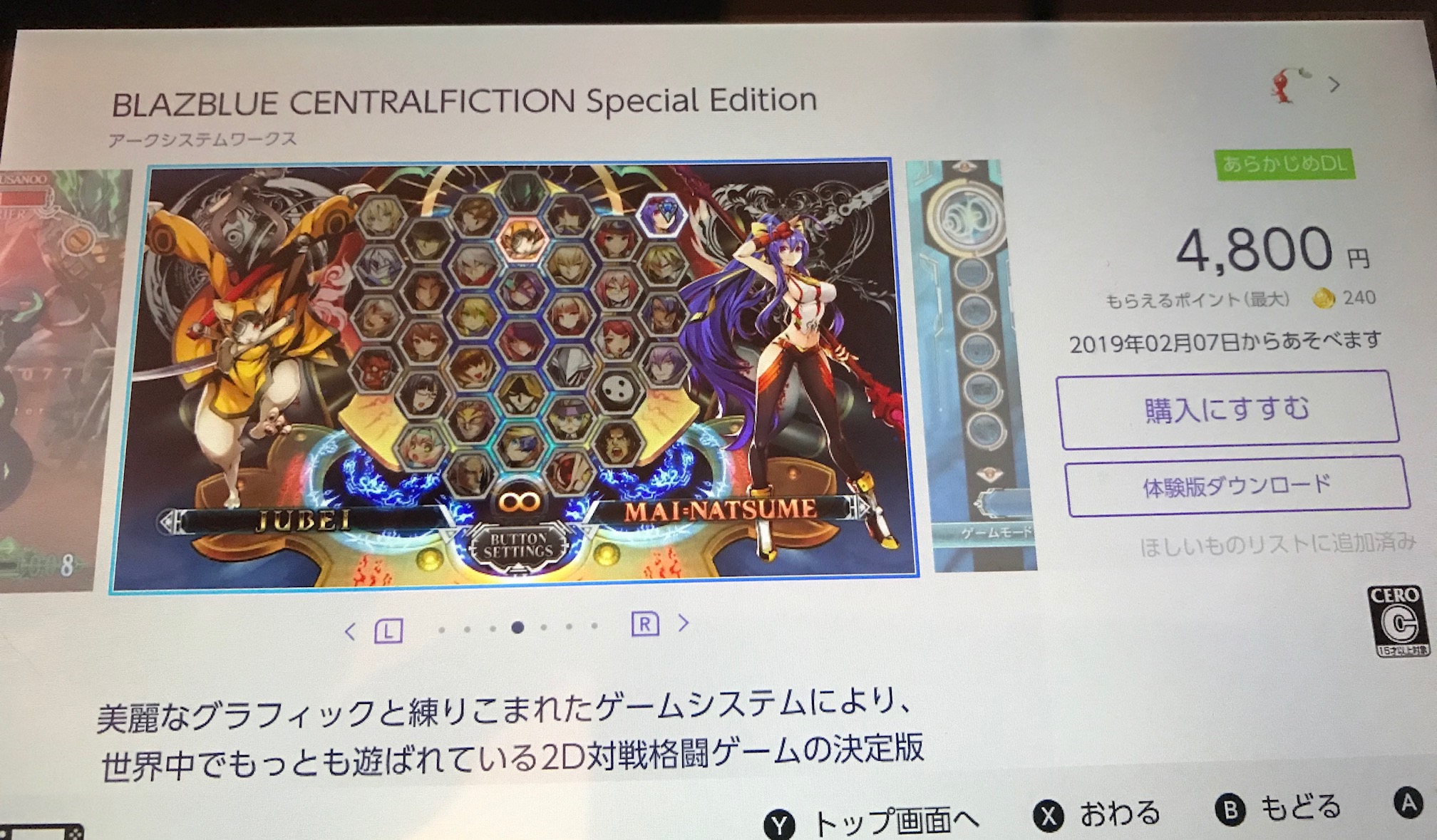 Go grab it from the Japanese eShop

The Japanese eShop has updated and BlazBlue: Central Fiction Special Edition now has a Switch demo ahead of its February release (it’s already on PC, PS3 and PS4).

All you have to do to start playing is log in with a Japanese eShop account, hit the search (magnifying glass) option, then select the bottom left option for “games with demos.” Central Fiction should be the first title listed: just select the download demo button underneath the top-most “buy” prompt. The demo is quite expansive, allowing access to the tutorial, a limited glimpse at story mode and versus play. Es, Ragna, Jin and Noel are all playable: the rest are locked. It won’t break the data bank either as it’s only 717MB.

If you’re remotely interested in BlazBlue or are eagerly awaiting the Switch version so you can play Central Fiction for the first time, just make a Japanese eShop account and learn how to play a few months before the game is out. It only takes a moment and will come in handy in the future (read: I’ll be constantly telling you when cool free international stuff is out).