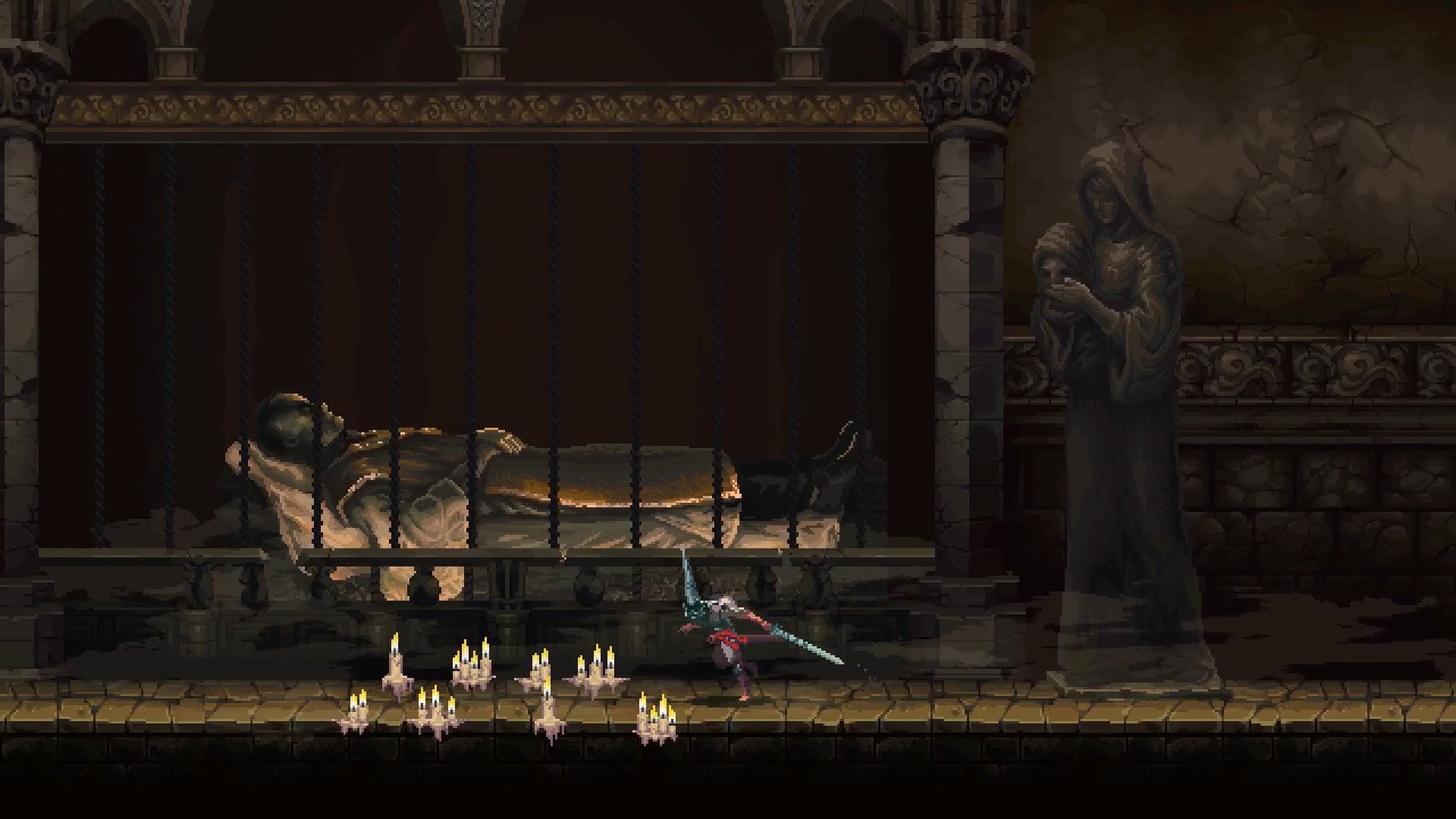 The devil is in the detail

If you haven’t completely combed Blasphemous yet, or you’re planning to eventually play the gnarly metroidvania game again when time allows, some good news: a major patch just dropped on consoles.

Patch 2 is meant to “make Blasphemous feel even better and more accessible than ever, refining and polishing the experience as much as possible without actually changing the core game,” according to the developers. It’s been out on PC since December. Many of the changes were informed by the community.

The major improvements have to do with platforming, which was trickier than it needed to be in some cases, and fixes for softlocks, graphical issues, NPC quests, and Guilt Fragments. You can find the full patch notes here, but basically, The Game Kitchen polished up the place from top to bottom.

Apart from tuning moving platforms and making jumps a little snappier, the team also smoothed out a few areas – specifically, the shortcut connecting the Sleeping Canvases and Mercy Dreams (“The infamous room full of spikes!”) and the Wasteland of the Buried Churches and Archcathedral Rooftops.

Another fun one: “The map can now be closed by pressing the same button used to open it.”

Further out, The Game Kitchen still has plans for free Blasphemous DLC. I can’t wait!