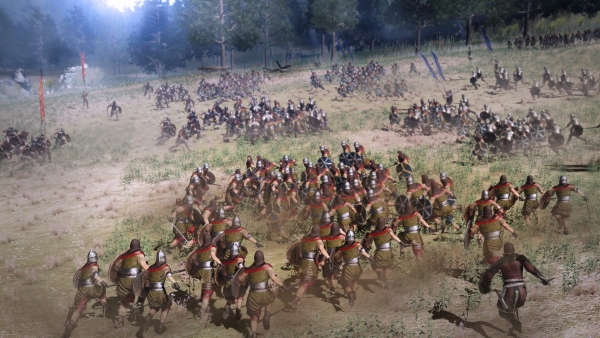 In addition to PS4

According to this week’s Famitsu, via Gematsu, it’s also coming to Xbox One and PS3, the latter of which being mildly amusing because it was on PS3 originally.

The appended “Nightmare” title refers to a new, separate section in the game set in a fantasy world with goblins, dragons, and cyclopes. Very different from the original Hundred Years’ War section which is a historical strategy game starring figures like Edward of Wales and Joan of Arc. You can also switch between controlling four squads this time around.