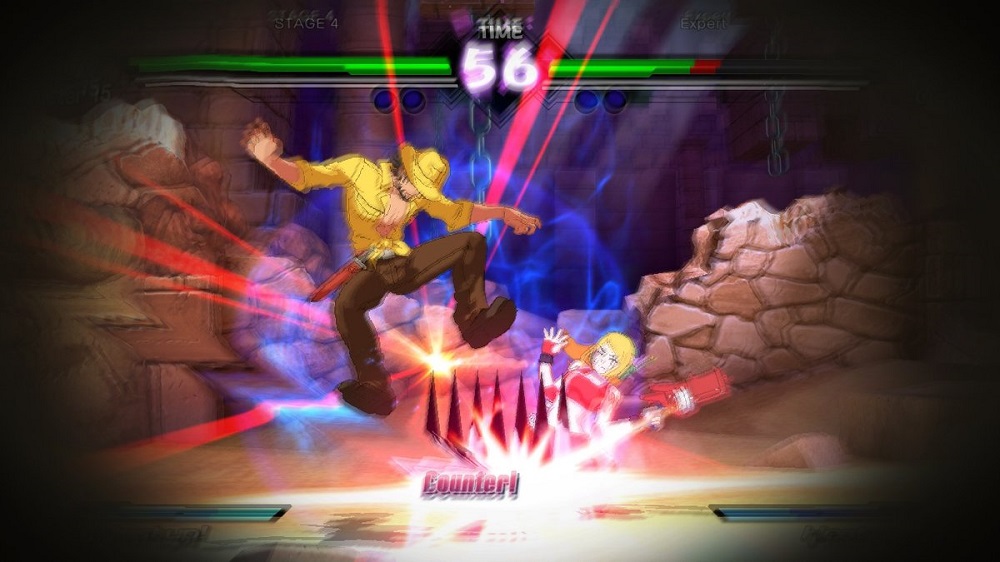 A tweet from developer Nicalis has set tongues wagging, as it appears to hint at a new character headed to enjoyable fighting game title Blade Strangers. The screenshot features the protagonist of 1001 Spikes, Aban Hawkins, engaged in a battle with Cave Story’s Curly.

Obviously, this has led to the rumour that Hawkins may be set to join the Blade Strangers roster, which consists of characters from multiple indie hits such as The Binding of Isaac, Code of Princess and Shovel Knight. No further comment has been made by Nicalis concerning Hawkins appearance, but no doubt we’ll be hearing some form of confirmation soon.

Blade Strangers is a simplistic but very fun fighting title which uses auto-combo systems and stripped-down mechanics in order to be a little more accessible to non-fighting game experts. What it lacks in ultra-depth, it makes up for with great character models, colourful stages and fast-paced action. Blade Strangers is available now on PS4 and Nintendo Switch.

Aban performs a perfectly timed Counter vs Curly in #CrystalCri–wait, what!?! This isn’t #CrystalCrisis! pic.twitter.com/sYFSHcGRQM