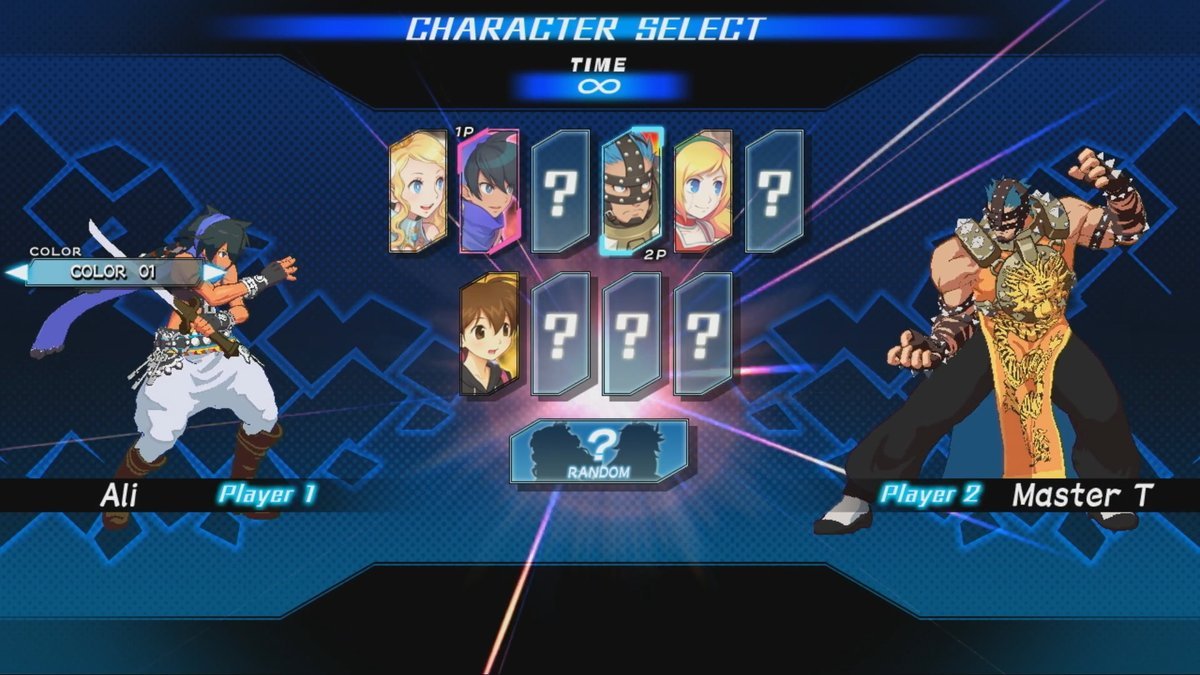 Fans of Japanese indie games who were disappointed by the decidedly neon green teraflops flavored first day of E3, this one is for you. Former Dtoid video producer Jon Carnage just squeezed an exclusive out of Nicalis’s Tyrone Rodrieguez with the announcement of Blade Strangers, an “easy input” fighter from the creators of Code of Princess.

Switch, PS4 and PC are the announced platforms for now, but the release date is still up in the air. As for the game, it looks fast but relatively simple, with a focus on wake ups and other ground game strategies. Sounds like the devs are also making an effort to stay away from big areal combos and infinites, which should help their game make a unique name for itself.

Personally, I’ll be picking this one up for the cast alone. Code of Princess is best known for its buxom, mostly-naked protagonist Solange, but I’ve always been more impressed with Ali, the butch, bronzed badass who loves her. It’s great to see her make the cut here along with Master T, Curly Brace from Cave Story, and Kawase from Yumi’s Odd Odyssey.

With five slots on the roster still a mystery, who would you like to see join the game next? My votes are for Jim Hawkins from 1001 Spikes, Kero from Kero Blaster, Mina from Battle Chef Brigade, Shantae from, uh, Shantae, and Isaac from Binding of Isaac, but redrawn in a sexy anime style.

I know that sounds unlikely, but jeez, this is E3 we’re talking about. Now is the time for dreamers.