Open to an Evo appearance, too

As announced earlier, Blade & Soul has a firm January 19, 2016 release date for North America and Europe, several years after being promised for release in those territories. Well, NC Soft wants to make it up to you. To start, a chance to win tens of thousands of dollars (and even more Korean won) and make the term “world championship” a little more accurate.

The Korean MMO is actually much more action-based than your typical MMO and NC Soft is heavily supporting the PvP aspect with a large yearly tournament replete with cash prizes.

The televised, two-day World Championship took place November 13-14. There was even a musical. More on that later. And while winner Sinkyum Kim rolled over opponents with his Warlock (only dropping one round), it was a lot fun. Kim won’t be back next year, though, as he readies to entry compulsory military service in Korea. China, Taiwan, and Japan were represented along with Korea, though Koreans took the top three spots.

Me, apparently on actual Korean television, in a cat mask (cat head and arrow mine) 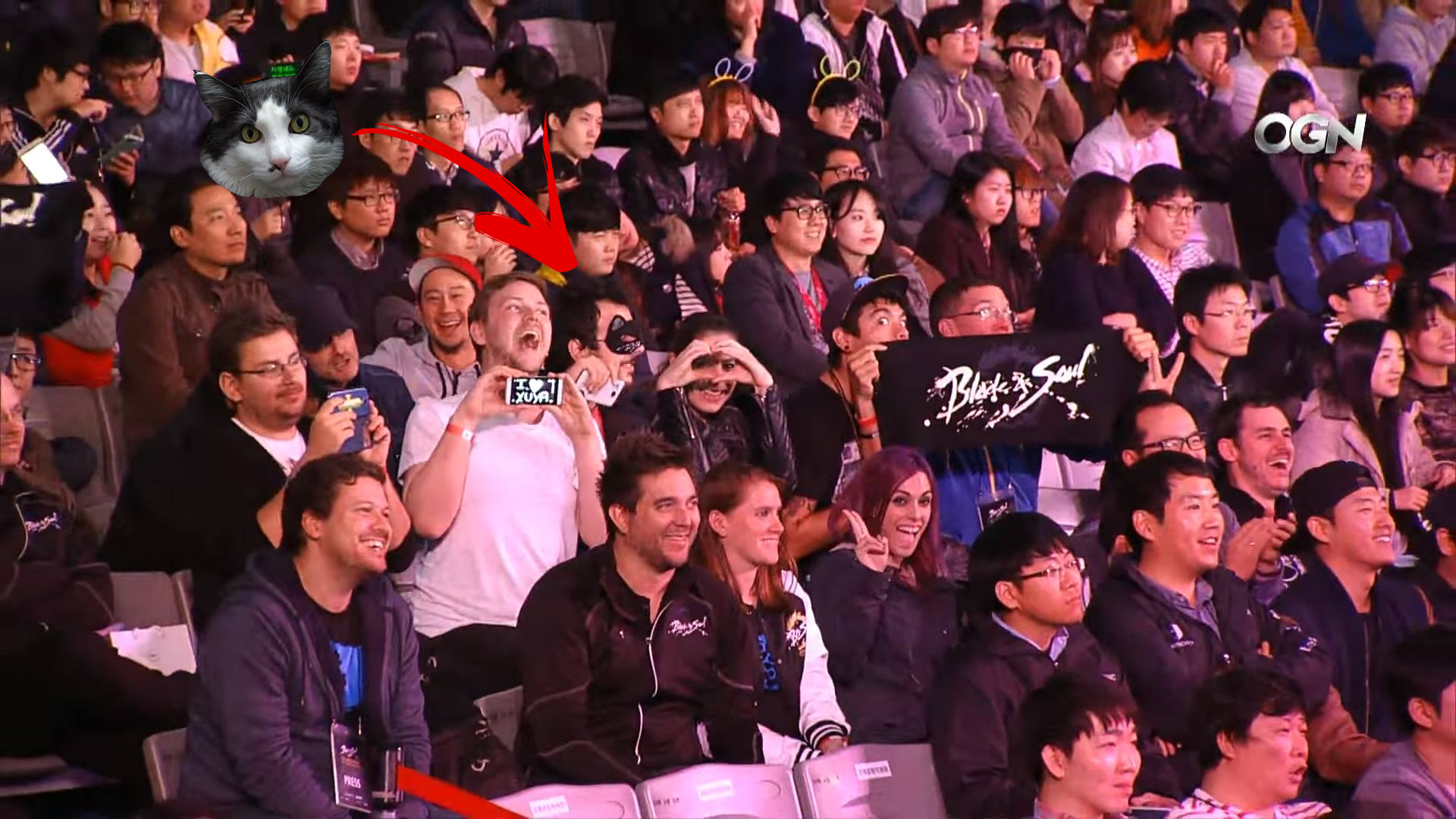 As an MMO that requires some time to unlock skills on route to class mastery, Blade & Soul doesn’t have the general appeal and dramatic, last-minute match-ups of a fighting game and Choi doesn’t want “to push players” just to practice Blade & Soul full-time and “wants them to enjoy the game,” but next year’s inclusion of North American and European players is meant to slowly increase the scene around Blade & Soul in addition serving as part of NC Soft’s plan to grow in the Western markets. In the future, players from other global regions could be invited, too.

When asked if there were plans to introduce Blade & Soul to existing tournaments like EVO, Choi is discussing these kind of opportunities with US-based NC West and, “if there is an opportunity for us to take part in those, it would be a wonderful experience.”

The final match, less exciting than many that preceded it