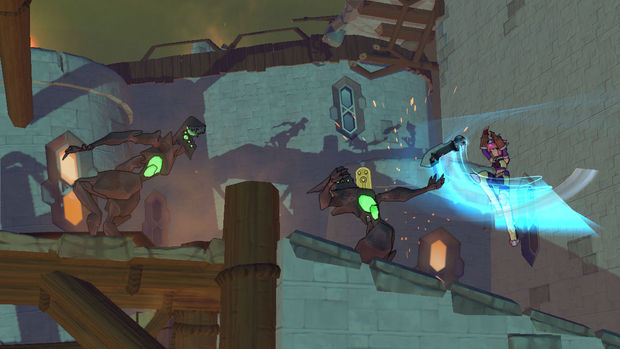 Atari has announced that it’s picked up the publishing rights to Krome Studio’s Blade Kitten. Once a PlayStation Network exclusive, the title is now scheduled to hit Xbox 360 and PC, via digital download at Atari.com.

Blade Kitten is the creation of Krome’s Steve Stamatiadis, comic book artists and writer best known for his work in bringing the world Ty the Tasmanian tiger. The game follows the part-cat, part-girl Kit Ballard in a 2D adventure packaged as an old-school-meets-new-school arcade-style experience. I went hands on with the game at GDC, and was reminded of Capcom’s Strider; Stamatiadis agreed, saying the game was a big influence on Blade Kitten‘s gameplay.

The game will feature 19 levels, also a change from when it was first announced — it was originally set to release in two parts on PlayStation Network. When the game hits this September, it looks like we’ll be getting the entire experience at once.

[Update: Atari has clarified that the game will still ship in two parts, as originally planned; the first “episode” will feature 19 levels.]