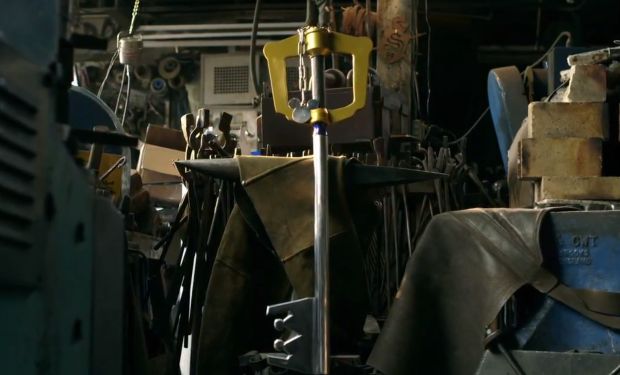 And then proceeds to smash stuff

Man At Arms is the perfect Internet show. A guy builds weapons from TV shows, games, and whatever else based on user comments. Then after he builds it, he goes and smashes a bunch of stuff up with the newly created weapon. I love it!

This latest episode sees the master blacksmith recreating the Keyblade from Kingdom Hearts. The next episode looks to be teasing the sword from Minecraft.