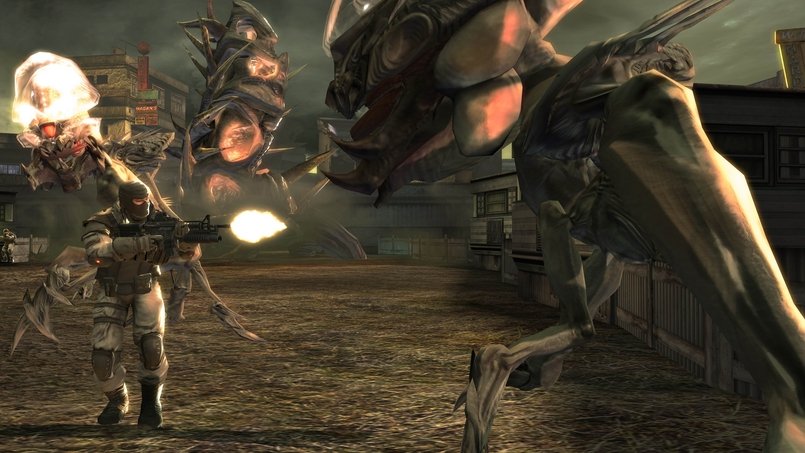 A demo for Midway’s upcoming first-person shooter, Blacksite: Area 51, hit the Xbox 360 marketplace a few days ago. I was slow to grab it, as I had chance to play the game a few months back at Midway’s Gamer Day in NYC.

The demo that’s available is more or less identical to the version I had previously played, with a few exceptions. A menu and options have been added for public consumption, for one. But the most surprising change, to me, is the game’s inability to keep a solid frame rate.

Please note, I don’t recall this being an issue when I last played the game, so I’m not sure what happened. Not surprisingly, the game looks pretty good (it uses a modified version of the Unreal 3 engine) when it’s not in motion. But it kicks into slideshow mode when anything more than a bullet is fired.

I hope this is cleaned up before the game hits the shelves this Fall (and I’m sure it will), because I was looking forward to mowing down some some aliens with my friends. I was told the game would support online co-op play, but I guess this feature (along with a steady frame rate) could have been scrapped. I’m crossing my fingers.