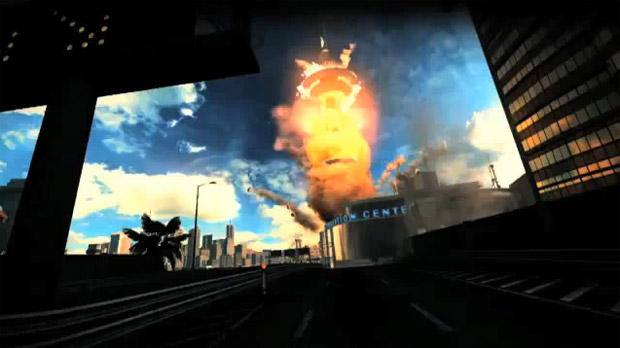 Not only does Black Rock Studios’ Split/Second have a Facebook page, apparently people have been tossing out questions about the game on it. Whatever happened to the Twitter love? I liked getting word straight from developers in 140 characters or less.

Game director Nick Baynes has the answers you’ve been searching for, mysterious Facebook-using people. Subjects covered include Power Plays, AI, two-person split screen (Split/Second has it!), and a teaser for details on a demo and downloadable content.

And if you don’t care about any of that, just turn down the volume and watch the vehicular carnage unfold.