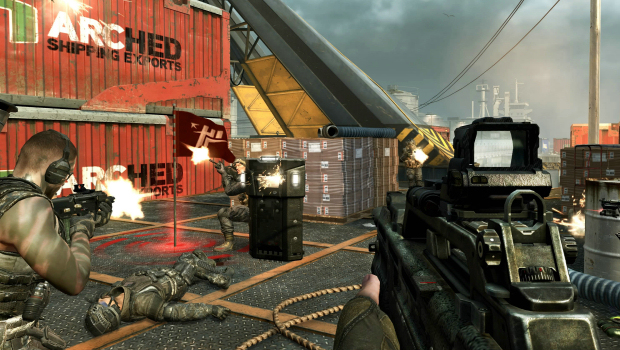 Out now on PS3, coming to Xbox 360 this weekend

Call of Duty: Black Ops II has been patched to address a number of balance issues, most notably the SMG.

The close-assault weapon class has been criticized for its powerful hip fire capabilities, and the latest patch, currently out for PS3, adds greater recoil and spread when firing without sights, as well as reduced bullet penetration. The patch includes an increased scorestreak requirement for the UAV, now needing 425 points to use instead of 350, and provides a variety of tweaks to other weapons and streaks.

An Xbox 360 patch is coming this weekend, but there’s no word on a Wii U update, because it’s the Wii U or something.

The full patch notes for the PS3 update are below, detailing all manner of tweaks and fixes.