When Treyarch studio head Mark Lamia told me that Call of Duty: Black Ops II would be about choice, non-linearity, and sandbox gameplay, I thanked him for the easy article headline. Indeed, it’s a wonderful set of buzz words to associate with Call of Duty, not least for the fact that Call of Duty has never been associated with any of them before. In Black Ops II, however, Treyarch wants to change that.

For the first time in the series, Black Ops II is going to offer divergent story paths with choices, allowing players to affect the outcome of the campaign rather than be guided along a linear path. Players will get to influence crucial plot points, pick their own routes through levels, and even allow their failures to affect the narrative, as well as their successes.

It’s all interesting stuff, and feels incredibly fresh, but can Treyarch live up to its promises? It certainly intends to. 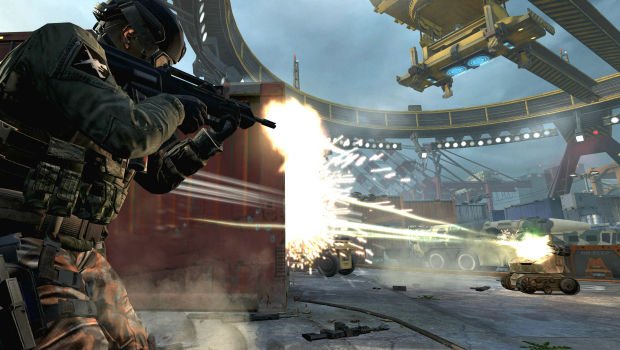 “For the campaign, this is the deepest narrative that we’re trying to do, it has multiple character arcs, we’re going after story branching, there’s going to be some pretty tough choices that the player’s going to come across — Call of Duty style too, not just Choice A or B — a scenario’s going to come up and you’re going to have to make a choice or the game is going to play and the choice will be that you didn’t choose,” explained Lamia. “Sometimes those decisions will be obvious to you right there, sometimes it’ll be a ripple that you cause and you’ll understand the impact later.”

According to Mark, the vital cog making this narrative work lies in the hands of its villain. The creation of a memorable and important antagonist has been very important to the team, with writers David Anthony and David Goyer working hard on a backstory for somebody who’s more than a generic terrorist.

“Most of the game takes place in the year 2025 but there is this time-frame that takes place in the late eighties and we use that late eighties period as a way to tell you how the monster was created. If you look at other media like The Sopranos or Dexter, the writers have done a very good job of getting you to watch along with these characters and then they do these things that you could never relate to, and there’s an emotional response that happens there. That kind of storytelling is something that Anthony and Goyer are going for. They want you to understand, he’s not a two-dimensional villain, and in his backstory you’re going to understand that.”

Other character arcs, too, are being treated with the idea that people can’t just be stereotypes. Lamia described the protagonist Frank Woods as a badass “Chuck Norris meets Rambo” type, but added that we’ll see more to him than just that. A father-and-son story arc also plays an important role in the overall story, a story that Lamia says is the result of a lot of effort and excitement.

“We put a lot of time into it and we’re really excited about it,” he said. “I’m excited about the Cold War fiction we created and everything else. Some people are just into mechanics and gameplay and all of that, of course, and there’s that in spades too. So, there’s something for everyone.” 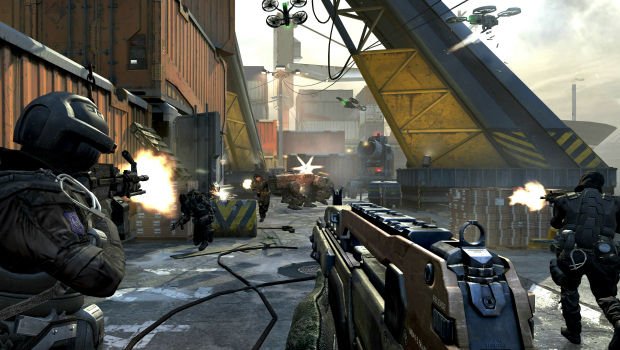 There are obviously going to be static elements to these arcs, as with any narrative, but I had not heard much about the vaunted player choices until the week of E3, and was quite eager to find out more. Lamia talked in great detail not only about the philosophy behind the campaign’s development, but also how the player influences every aspect of the game, from the smallest of details to the largest global events.

“At the highest level we wanted to introduce more choice, non-linearity, sandbox gameplay, to Call of Duty. We wanted to give people more of that,” he urged, giving me my free headline. “It affects us in our level design, sometimes in significant ways, sometimes in subtle ways. There are small examples of choices in the gameplay that you saw. Even just the choice to rappel or snipe, it’s not a big deal, but it does affect the game. If you’re covering from the freeway with a sniper rifle to allow allies to advance, you won’t experience that if you decide to rappel and fight on the ground — it’s a different combat choice. That’s not categorized as a big choice by any stretch, but it is different than what you tend to get with COD.

“The other thing is, as you move up the street, there are different paths that you can play that will give you a fairly different experience as you move through the level. You’re going to get different weaponry, different A.I., so the team’s opening up the battle lines a lot more. It’s not just moving forward, triggering an event, and moving forward. We’re allowing the player more paths to move through a level, so again, from a level point of view, we’re just trying to open it up.”

That’s player choice at the basic level — more paths to play through. Going up a tier, players will face set choices that will have a direct impact on the various story arcs, and could decide who lives to see the end credits.

“Some of them will be intense choices right in front of you. Some of them may affect whether significant characters will live or die. It’s really meaningful if you’re making Call of Duty because if you think about how much effort goes into making COD‘s cinematic experiences with various characters … well, what if that character’s not alive? That’s the problem we’re dealing with right now, but we wanted to do it, we felt it was worthwhile to do that for people if, in COD, you’re a soldier, and you face some intense scenarios that might affect characters with you, or the villain.”

At its most dramatic level, Treyarch has introduced the Strike Force missions. As you may already know, Strike Force missions occur throughout the campaign and can be undertaken to help the war effort in some way. These missions are as tactical as they are combative, unless you don’t want them to be. Players can choose to simply stick to tradition, fight as a single solder on the field, and attempt to influence the battle. Alternatively, they can take control of various robotic and vehicular weaponry, flying or rolling around the fight to dispense some hard-hitting artillery. If they’re feeling tactical, they can zoom out of the action completely in Overwatch Mode and direct the entire fight as a commander. It is up to them how they play.

“Strike Force levels introduce non-linearity to the campaign, period,” emphasized the studio boss. “There’s a Cold War that’s going on in the future between the United States and China, the villain is stoking the fire of that, playing off the tension in the world, and doesn’t care about either side. There are these hotspots in the world where you can send your Black Ops team, and for the first time in Call of Duty, you’ll get to choose your level.

“Your performance in these levels, whether you succeed or fail, will affect the narrative arc. If you fail that level, if objectives aren’t complete or you run out of reinforcements and die, the fiction will take account of that narrative, that the mission was failed, and go off on a different trajectory. It may affect which Strike Force levels you get next, because the world has changed, the world map has changed, things have changed. So it is quite entirely possible that when you play the game, you might not experience all the Strike Force levels on your first play through.

“Marrying that traditional cinematic expectation you have with a COD game with this geopolitical narrative arc and these Strike Force levels is a great way to be able to give people the best of both worlds and introduce variety of gameplay,” he continued. “The way we look at it, it really does help bring that variety and add to the flow of the game. With Overwatch mode, you can play the entire level that way, or you don’t have to play it at all. The designers are working on giving COD players a new experience that they’re not had in the game yet.”

Whether you like Call of Duty or not, you have to at least respect the effort being made to do something different. I sense with this team that they understand the criticisms had of Call of Duty in recent years, and aren’t content to rest on their laurels. Whether Black Ops II can fulfill the objectives laid about by Mark Lamia remains to be seen, but given how excellent the original Black Ops‘ campaign was, I think Treyarch’s got a pretty damn good shot.

I am, at the very least, eager to see how well Black Ops II can pull off its attempt at choice, non-linearity, and sandbox gameplay.