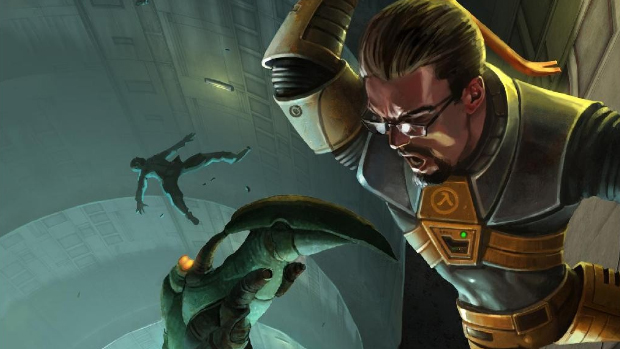 The President of the United States of America:

“Good evening, men and women of America. At 5:42 PST, today, our elite crew of internet lurkers spotted a post from Black Mesa Source Project Leader Carlos Montero on the mod’s official message board. Montero states that the long delayed Half-Life remake, made in Source, will arrive September 14. The soundtrack is available now.

“Many Americans have died since Black Mesa was announced in 2005. It has become the Duke Nukem Forever of its time. After years of terrorizing American citizens through the odd Reddit comment from a developer and mysterious screenshot, we can finally say that we got the bastard!

“God bless Black Mesa and God bless America! Also, this initial release will not contain the final chapters in Xen or multiplayer. WTF? Well, whatever. At least we are getting something. I’m going to go get a Big Mac. President out!”

Here’s some footage of the game that leaked last month. Can’t wait!