Rogue-lite games for everyone

I saw an unbelievable amount of rogue-lite games at PAX East. I felt like I was drowning in the damn things, but developer Superscarysnakes’ Black Future ’88 and its giant colorful booth made it stand out in the sea of indie titles.

I spoke with the game’s creative director, Don Bellenger, about what sets Black Future apart from other 2D platforming rogue-lite games.

Black Future ’88 is set in an alternate version of 1988. One fueled by drugs, neon lights, and synth-punk music. All of the music, which provides an awesome backdrop to Black Future‘s action is performed by Don’s band. In the summer of 1988, the first of many nuclear bombs hit the world. By December they had blotted out the sun.

The world stopped keeping track of time after that so it’s been 1988 ever since. Now it is your task to climb the tower of Duncan, the man responsible for this nuclear nightmare, and take care of him for good.

So, what makes Black Future ’88 different from your run-of-the-mill rogue-lite? Instead of just worrying about what upgrades you’ll be pouring into your character you need to stay concerned with how the environment upgrades itself. The tower you’re climbing is sentient and can use things you drop on the ground to upgrade itself and fight back harder. 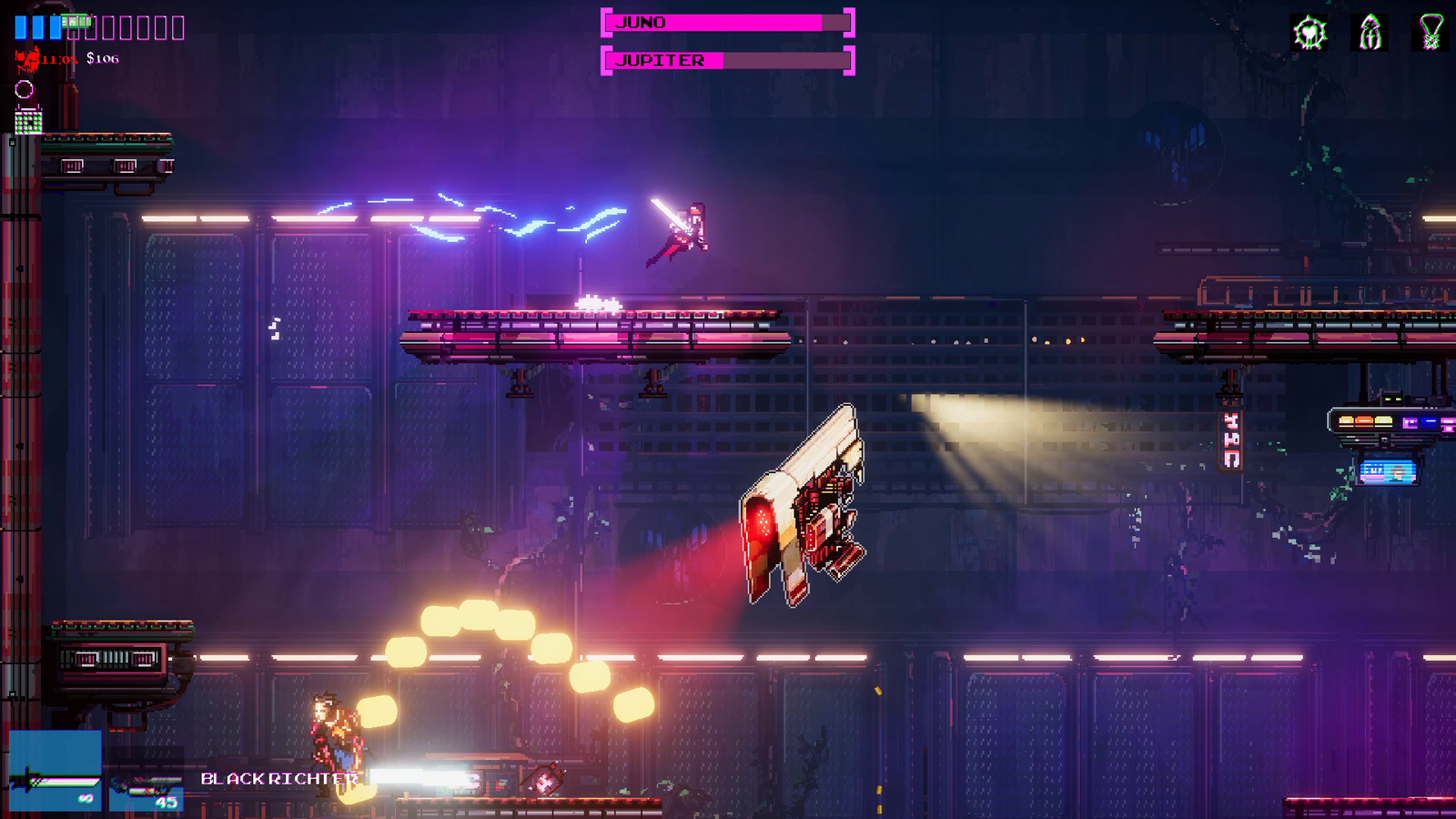 You can pick up new guns and buffs during each run any buffs classified as drugs come with a price. Take them too often and become addicted. If you’re addicted to a substance you will suffer penalties without regular doses.

There are multiple vendors you can encounter on your runs including a standard arms dealer and a drug dealer who charges you to speak with him — unless, of course, you’re addicted. Then he knows you’re not a narc.

On my multiple attempts to finish off both bosses in this demo build, I tried out plenty of weapon and buff combinations. Multiple explosive weapons spelled my end, but combining a piercing rifle with a pistol that allowed me to temporarily freeze my enemies helped me power through. 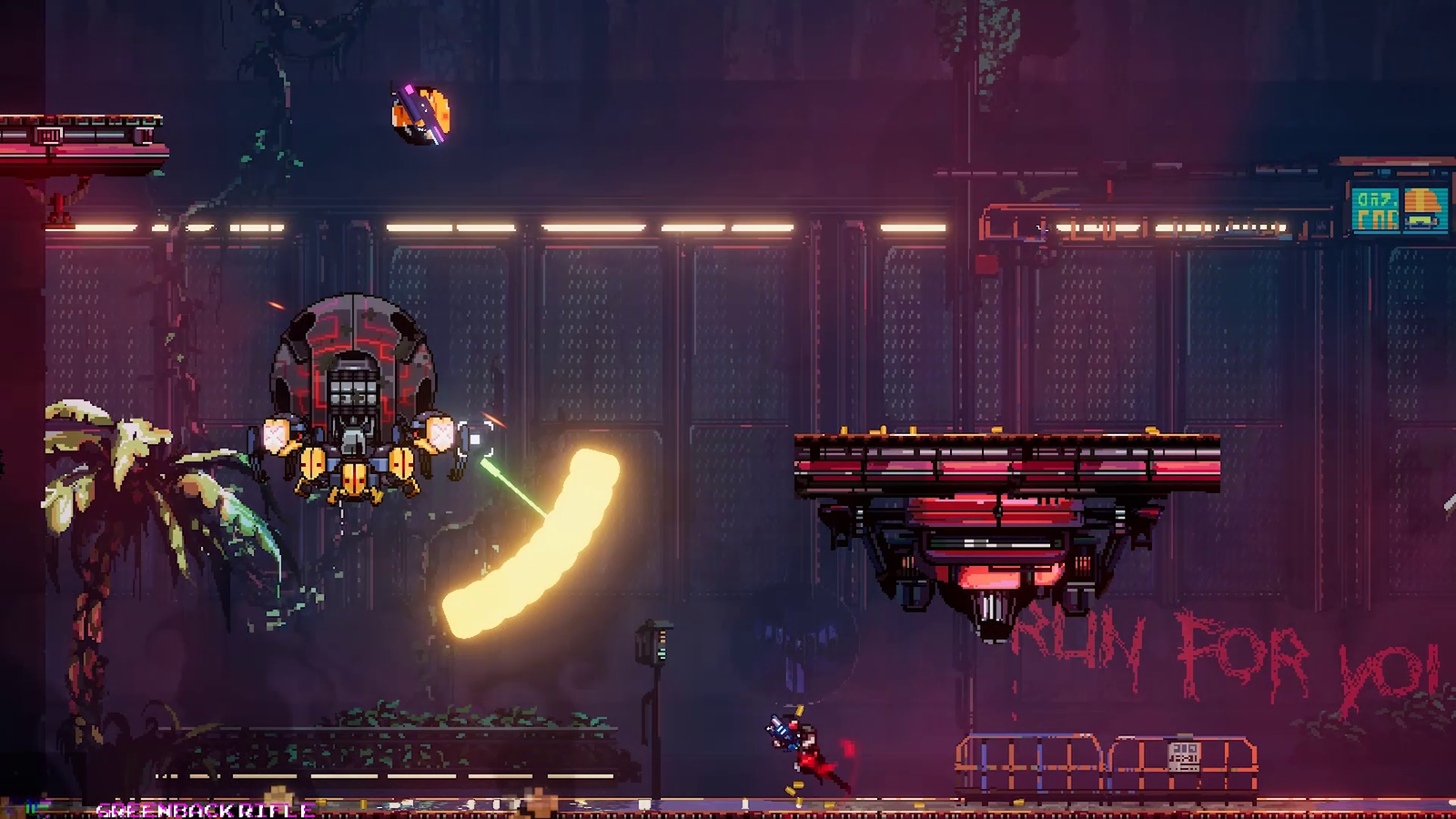 I thought I was sick of rogue-lite games, but Black Future ’88 has undeniable style and I’m super excited to see what the finished product looks like. The title will make its way to PC later this year.