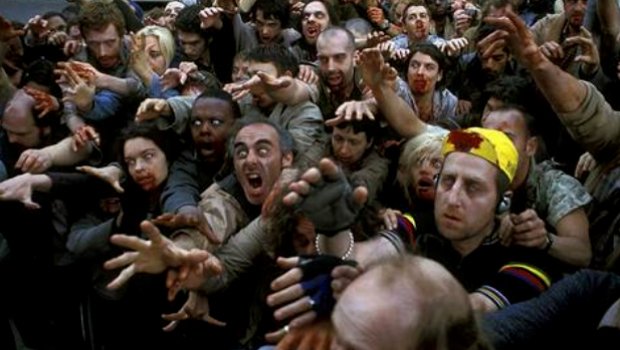 Time for our “It’s a slow news day so here’s a ludicrous story vaguely connected to videogames” moment. Today is Black Friday, a day in which shoppers confirm that they are mindless cattle to be milked by capricious corporations by shedding their dignity and acting like barbarians to get discounted goods. This year’s Black Friday has already been home to pepper spray attacks.

Videogame consoles bore the brunt of the madness in a Porter Ranch Walmart, where people were fighting, screaming, and ripping at the plastic wrap intended to section off the gaming goods until a set time. Eighteen-year-old Matthew Lopez was pepper sprayed in his face by a woman said to be “competitive shopping”, and soon after the entire area began to cloud with eye-watering fumes.

“People started screaming, pulling and pushing each other, and then the whole area filled up with pepper spray,” said one shopper. “I guess what triggered it was people started pulling the plastic off the pallets and then shoving and bombarding the display of games. It started with people pushing and screaming because they were getting shoved onto the boxes.”

At least five people had gotten a vicious blast in the face, ending the evening with swollen visages and nasty coughs. Just … wow. No matter how jaded I get about this nation’s general population, people still manage to find a way to shock and disgust me on a whole new level.