Black Friday is always a day that I have to tell myself to be strong. I can and have gotten carried away with bargain buys in the past, filling up digital carts with games, movies, and books, most of which I would never find time to enjoy before flipping them on eBay. As a single man with zero financial obligations to anyone else, it can be easy to let myself go spend-crazy around the holidays only to stare in horror at my Discover bill come the first week of January.

So I gotta remain strong, and that’s doubly important this year. I am happy to say that I am just three weeks away from making a massive lump-sum payment that will completely wipe out my student loan debt. I’ve been meandering on paying that off for too long, and with the COVID holiday on payments ending in February, I figure I should finally rid myself of that debt. Unfortunately, I made this decision in September and have had to be very frugal over the past three months. But I’ve managed to make it work by only spending money on the bare essentials like food, rent, and Metroid Dread. You know, the things in life you need to survive.

I was worried that Black Friday might throw those plans for a loop, that the big, massive sales on games might pit the responsible side of my brain against the irresponsible side. But as I watched @Wario64 tweet about every goddamn game going on sale this week, I realized I didn’t have to worry all that much. Why? Because all the biggest sales and massive price drops are pretty much reserved for physical copies and I made the decision to go all-digital this generation. 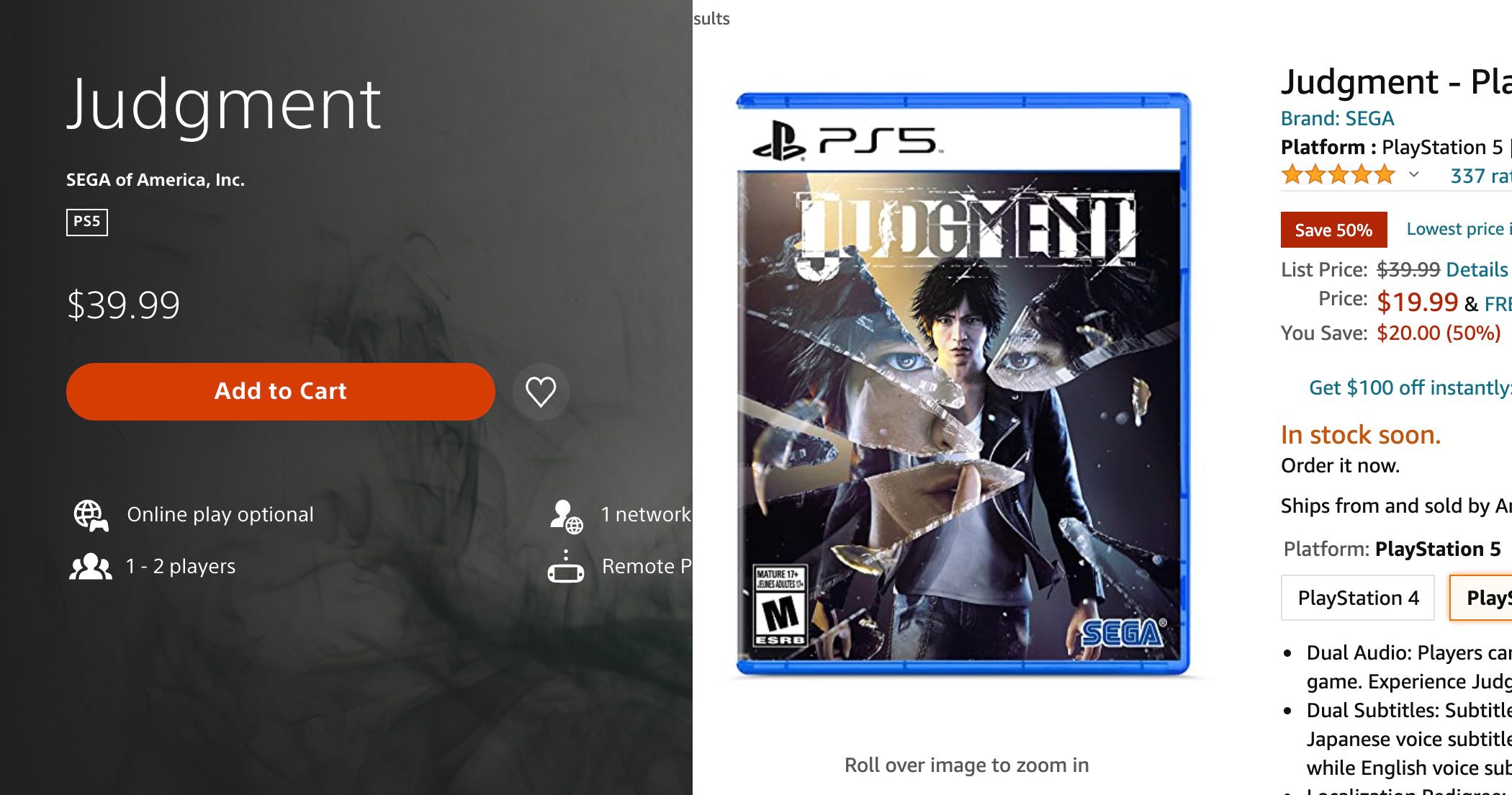 Right now, all of the digital storefronts are having their own Black Friday sales and there are some pretty decent markdowns, even on games that are not even a month old. To these stores’ credit, they’ve done a pretty good job of matching what many of their games are selling for at retail. As an example, the Nioh Collection for PS5 was about $39 whether you bought it at the PS store or Amazon. Returnal and Ratchet & Clank: Rift Apart are two other titles that were selling for about an equal price whether you got them physically or digitally.

For some games, the price gap was minimal, like the five-dollar difference in cost between the retail and digital versions of Deathloop or Far Cry 6. Other games, however, had a far larger gulf between the physical and digital editions. Riders Republic, for instance, was marked down to $40 on the PlayStation and Xbox stores while Amazon was selling physical copies for $25. Amazon also had Guardians of the Galaxy for $25 while its digital counterpart went for $39. If you wanted Resident Evil Village on the cheap, Best Buy listed it at $20 before selling out while both Sony and Microsoft stores had it for $30.

And then there are games that aren’t even going on sale digitally but are getting pretty big discounts physically. The PS5 version of Judgment wasn’t part of its Black Friday sale, but Amazon was selling it for 50% off. The same goes for NEO: The World Ends with You, which Best Buy had for $30 on PS4 but was the full price on the PS Store. A game like Rainbow Six: Siege Deluxe Edition had an even bigger discount at retail with Best Buy asking just $10 for the game while Sony had it for $40 (it was on sale for the same price at the Microsoft store). None of those, however, compared to the discount Walmart was having on new copies of Nier Replicant. It didn’t go on sale on either digital storefront, but for a few days over the extended holiday weekend, you could get it at Walmart for $15. If you missed that doorbuster, Best Buy had it for $30, which was still half of what PS or Xbox were charging.

When I decided to get all-digital versions of the current-gen PlayStation and Xbox consoles, I told myself it was a matter of convenience. And I have to say, compared to my Switch, where I still have a lot of physical games, it is very convenient. I like being able to switch out my games just by pressing some buttons on my controller, instead of having to get up, remove the copy of No More Heroes III from my console, insert the copy of Ring Fit Adventure, exercise, eject the copy of Ring Fit Adventure, and reinsert the copy of No More Heroes III. And yeah, I know how much of a first-world problem this all sounds like. 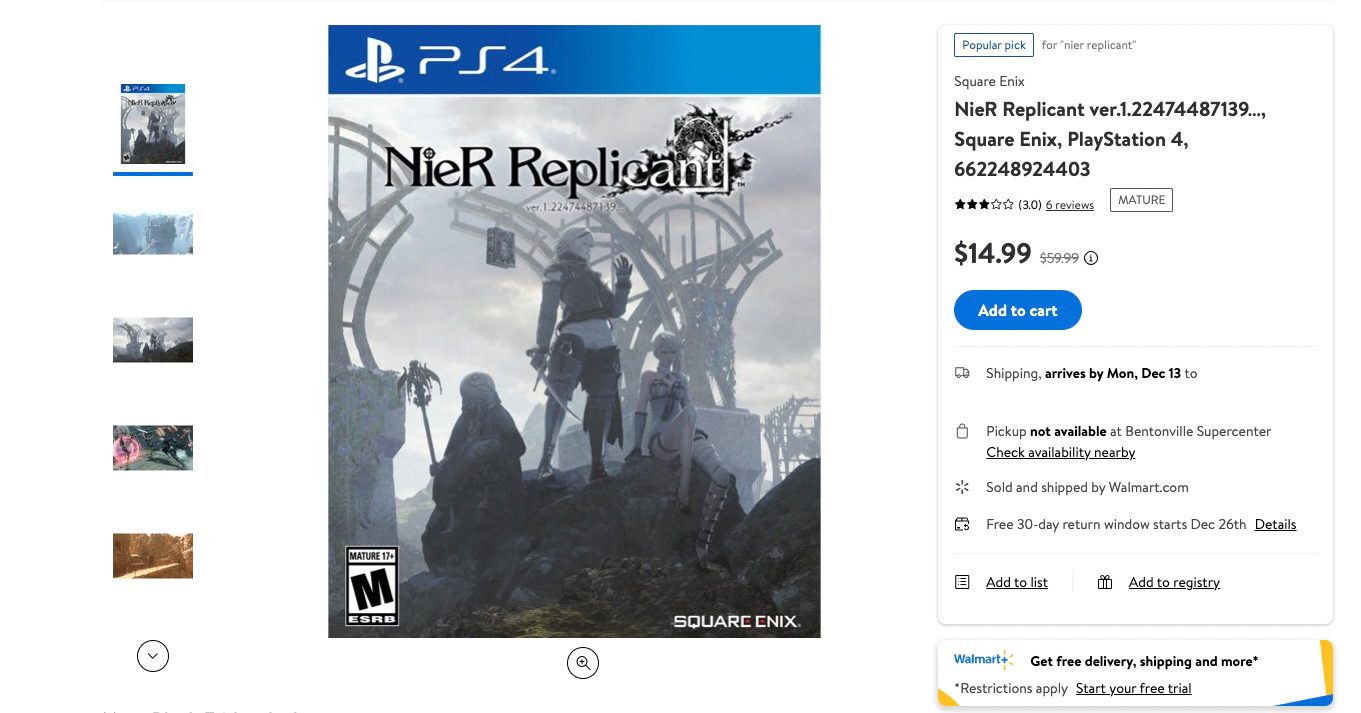 It’s not cheap being a games writer. You’re expected to play most of the big-name titles each year to keep your writing topical. But for those of us who write for a mid-sized publication, playing those games means opening up our own pocketbook. Xbox Game Pass makes it a lot easier for my Series S, but until PlayStation Now starts adding new games the same day they hit retail, keeping hip to all the trending games will remain an expensive endeavor.

I guess what I’m trying to say is, if you have yet to buy a current-gen console, maybe avoid going the digital-only route as I did. Because nothing is stopping you from treating a PlayStation 5 or Xbox Series X like a digital console if that’s what you want. But don’t close yourself out of the option of getting physical media. You might just end up saving a lot of money in the long run if you keep the possibility of retail discs open.