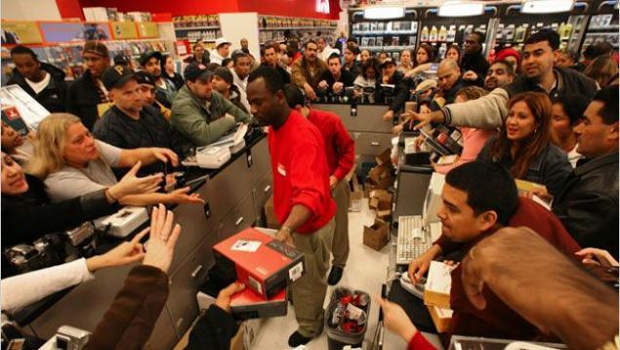 Well, here we are two weeks away from Black Friday itself. Pretty soon every retailer in existence will once again be vying for your post-Turkey Day attention with unheard of prices on pretty much everything. Walmart has gotten the ball rolling by already putting its Black Friday ad online. The deals start at 10:00pm on Thursday November 24th and go all day through Friday, Nov. 25th.

Walmart usually has some of the better deals in its gaming section and this year already appears to be no different. For $28 each, you can nab Batman: Arkham City, Battlefield 3, Gears of War 3, and Forza Motorsport 4. They’re also selling the Golden WiiMote Skyward Sword bundle for $60, saving you $10.

Walmart is also pulling out all the stops in the console department. $99 gets you a limited-edition blue Wii, whereas $199 covers a 4 GB Xbox 360 Kinect Bundle with Kinect Adventures, including a $50 gift card, or a 160 GB PlayStation 3 bundled with Ratchet & Clank: All 4 One and LittleBigPlanet 2. Yeah, it’s going to take a lot to top a list like that.