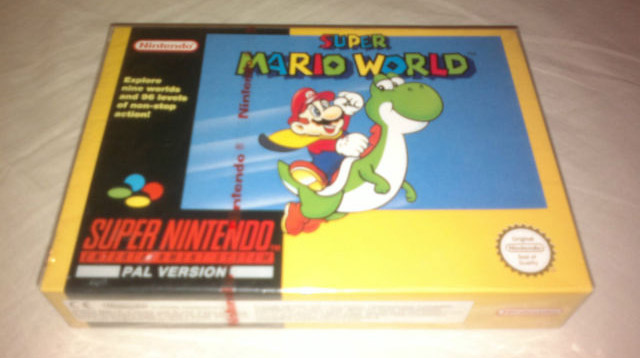 You could hit the stores and get those $30 copies of EA games from earlier this year. Or! Or you could go way back to the Super Nintendo era and get the kids something they’d really love.

A seller on eBay has this rare yellow-boxed Super Mario World. It’s a bummer about the PAL part. The price is also a bummer at the USD equivalent $12,747. And that for that money they won’t ship to the USA. I’m sure you can talk them into it, though. Here’s why:

This game should really be in a museum as I believe it is likely to be one of very few, if not the only one of its kind. It is a real shame I need the money because it is my feeling that this game will sell for more than a million one day in the future (probably a few decades time!)

If that’s too rich for your blood, try this metal-boxed SNES copy of Street Fighter II Turbo. It’s only about $600. Sealed.