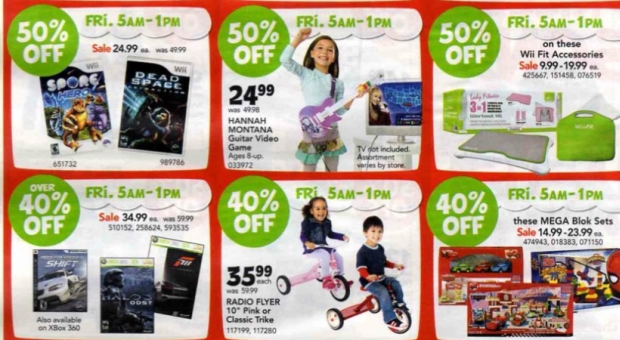 Toys R Us has a ton of deals going on for toys during Black Friday, but their gaming selection isn’t so great compared to some of the other Black Friday deals. Still, there are a few notable games on sale:

There are ton of other games, but a lot of it is shovelware. They will have a Xbox 360 Arcade unit going for $229.95 which comes with a carrying case and three games. It’s hard to tell what all the games are due to the poor scan, but one of games is Marvel Ultimate Alliance 2.

Also, Toys RUs will have this Terminator Salvation mask thing for $14.99. Score!