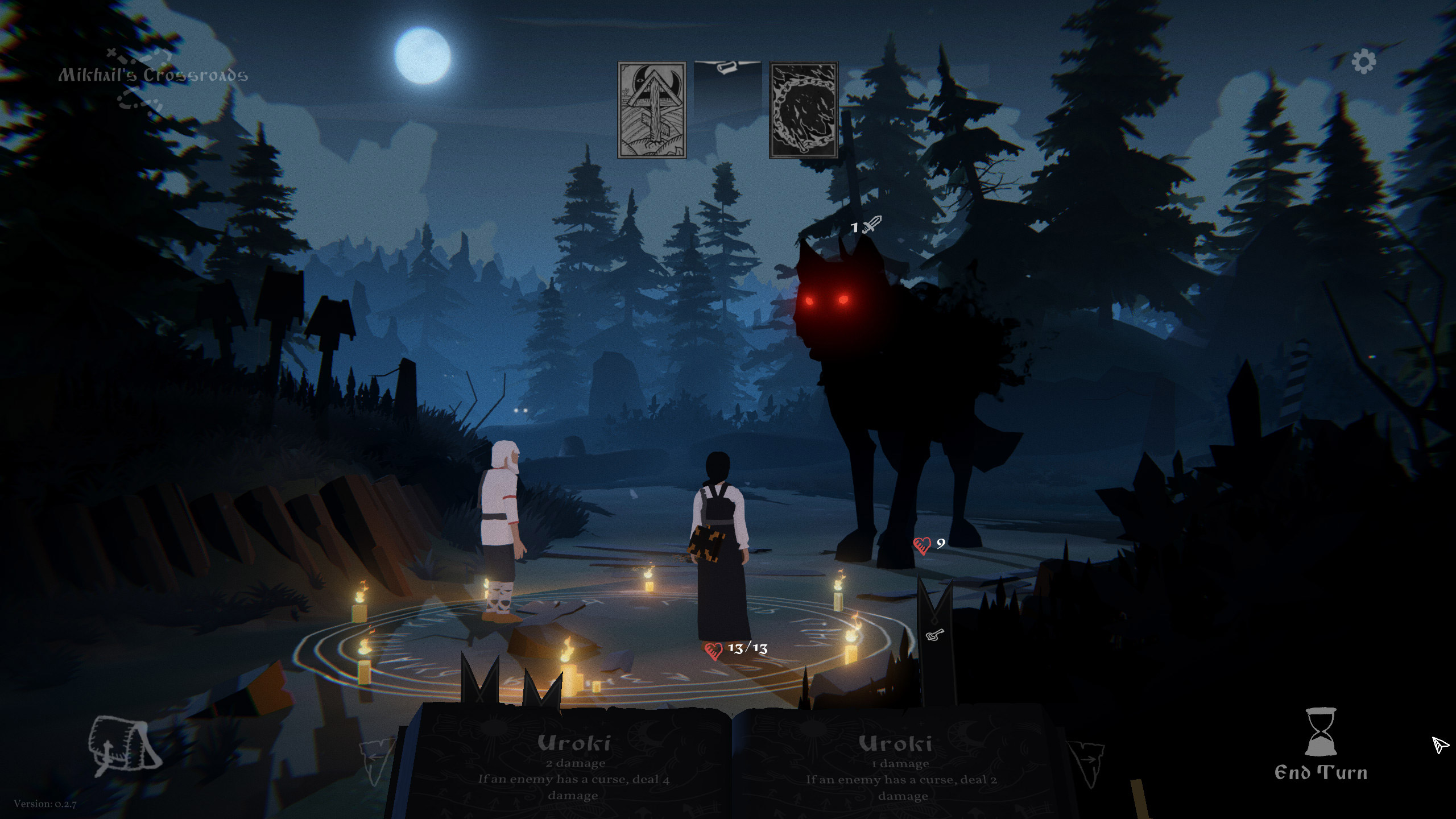 You probably aren’t short on games to play, but here’s another contender for your 2020 Steam wishlist. Black Book is a 19th-century adventure with a bit of deckbuilding that’s rooted in Slavic folklore.

It’s a tale about Vasilisa, a witch-to-be who “decides to throw her fate away and marry her beloved” only for her betrothed to end up dying “under mysterious circumstances.” The solution? “A demonic artifact, said to be powerful enough to grant any wish to the one who uncovers all seven of its seals.”

When you aren’t poking around the countryside, you’ll cast spells in card-based battles. My favorite tidbit: you can command demons, but they’ll “torture you if you don’t find them something to do.”

Morteshka, the Russian team behind Black Book, previously found success on Steam with The Mooseman. Apart from the PC release, there are also plans for PS4, Xbox One, and Nintendo Switch.