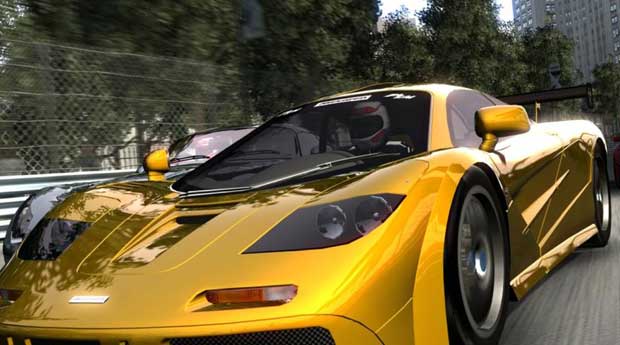 Last December Activision had trademarked “Blur.” We jokingly speculated it was for Guitar Hero: Blur. You, being smarter, put together that it was Bizarre’s new racing game. You were right.

According to the latest issue of French magazine Joypad, Blur is the upcoming Activision-published, Bizarre racing title that’s likely to be revealed at this year’s E3. Details are scarce, but fast cars, fancy locations, and car damage is confirmed.

But there’s a catch — unlike Project Gotham Racing in which cars would get damaged by other vehicles or poor driving, Blur will feature weapons. And armor. Also… awesome.

Again, we suspect we’ll see and hear more about Blur at E3 this June. But just sit and let this sink in — Project Gotham Racing meets Mario Kart. Yeah, we thought you’d like that.

[Update: While we’re still pretty sure the game will be fast, the whole “weapons” thing is still up in the air. According to Edge Online, there will be no guns in Blur. We’re still crossing our fingers for turtle shells, however. Thanks, Edward!]