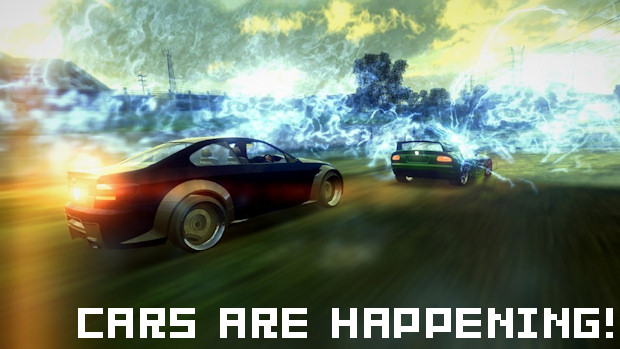 We’ve been chatting with Bizarre Creations, the studio hard at work on the powered-up racing game Blur. The game looks like it could draw people that don’t usually follow racers, and I wanted to ask for Bizarre’s opinion on the state of the genre as a whole, whether the studio feels a shot in the arm is necessary for racing games to progress. The answer was quite clear — new life is needed.

“From Bizarre’s point of view we do think it has stagnated recently,” explains Studio Communications chief Ben Ward. “There are a lot of sequels, and a lot of similar looking games. Even the box art of a bunch of recent titles has looked way too similar! I’m not saying we’re innocent of this, but we did have the opportunity to step back, identify problems, and create something brand new with Blur.

“… The racing genre just hasn’t really moved on drastically in terms of features or general innovation. When you look sideways at something like the FPS or RPG genres, there are tons of new things happening all the time: storylines, gravity guns, massively multiplayer, co-op, etc.  But for the racing genre, you can probably count the number of true innovations in recent racing games on the fingers of one hand, which is unfortunate.”

Bizarre believes that Blur will be the game that challenges stagnant conventions in the genre, bringing “newfound life and excitement” to racing titles. Hopefully they do that, since a popular mainstream racer is getting harder and harder to find these days. We have more words from Bizarre coming soon, so stay tuned for that.